Silverglen Nature Reserve under threat as land invaders march on

Last Sunday, more than 500 invaders embarked on a legal march into KZN's Silverglen residential area wanting to take over the reserve. 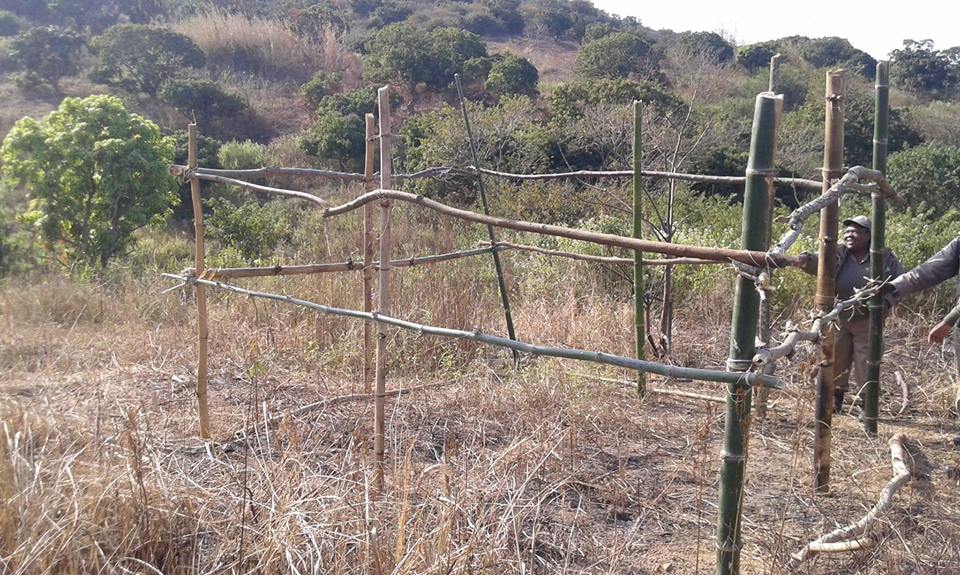 The wooden structure demarcating the area where a shack will be built.

Land grabs in the Silverglen Nature Reserve area in KwaZulu-Natal have been continuous and destructive, reports Rising Sun Chatsworth. Ongoing invasion threats have been thwarted by the Land Invasion Unit in recent weeks.

Last Sunday, over 500 invaders embarked on a legal march into the Silverglen residential area wanting to take over the reserve.

They alleged that they had plans to build up the area, and were planning on taking into consideration the conservation of the reserve. They also claimed to have a business plan on how to develop the reserve, which was mentioned in a memorandum read out to residents.

However, last Monday, after invaders were chased away, a dog was found hanged, and many other animals were killed. Some animals were burnt due to the fires set to the reserve, which are alleged to have been set by the land grabbers.

The dog was found hanged on a mango tree with a piece of wire around its neck at the border of the reserve, close to F Section bridge crossing near Umlazi.

Shaun Hammond from the Silverglen Conservancy reported that the situation is volatile at present.

“The road is continuously being blocked. It seems as if they hanged the dog to make a point and serves as a threat to those stopping the invasion. Invasion of the reserve cannot happen because it is a protected area.

“The land invasion unit is constantly monitoring the area and the eThekwini Municipality is adamant and have issued out a notice that they will not tolerate any kind of land invasion in the reserve,” added Hammond.

Over 3 000 pamphlets have been distributed to residents in attempt to educate them about land invasion over the past two weeks. Notice boards were also put up.

Public announcements are made continuously to curb the invaders from grabbing the protected area of land.

Numerous indigenous trees have been destroyed, as well as protected grassland areas.