The men are facing charges of attempted murder, kidnapping, assault with intent to do grievous bodily harm and the unlawful pointing of a firearm. 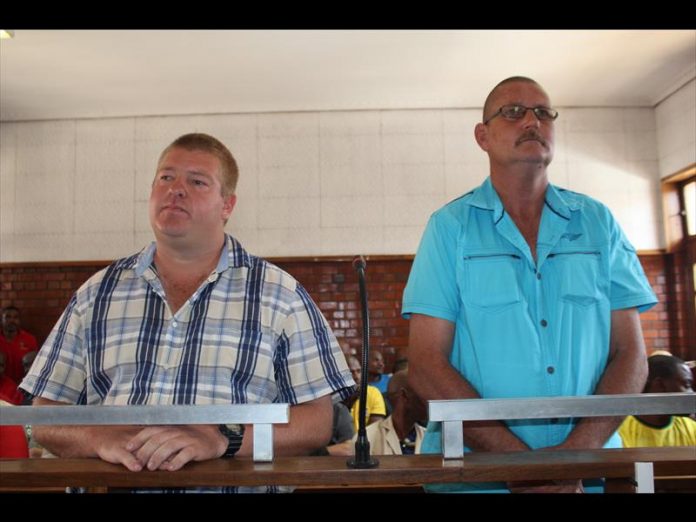 The two Bronkhorstspruit men accused of tying up a 9-year-old girl to a tree and firing gunshots at her feet are expected to reappear in the Pretoria Magistrates’ Court on August 1 after the matter was postponed on Monday.

Hendrick Dumas, 48, and Johannes Potgieter, 33, are facing charges of attempted murder, kidnapping, assault with intent to do grievous bodily harm and the unlawful pointing of a firearm. The matter was, however, postponed because the prosecutor was not present in court.

The two farmers allegedly assaulted the girl on September 9 last year after they found her and three other children on their farm.

It is alleged the young girl, now 10, went for a jog with her dogs, brother and two friends. The dogs allegedly wandered off on to a farm. But after following the dogs on to the property, the children were allegedly confronted by the farmers when they were found.

Three of the children managed to escape, but the little girl was captured by Potgieter and Dumas, who allegedly tied her to a tree. The pair is accused of pointing a firearm at the girl and firing at her feet.

The pair were arrested and initially denied bail by the Bronkhorstspruit Magistrates’ Court. However, they were granted R3 000 bail each after they made an appeal at the North Gauteng High Court in October last year.

The matter was moved to the Pretoria court for security reasons following chaos and violence by the Bronkhorstspruit community who wanted the heads of Dumas and Potgieter.