The vehicle's driver sustained serious injuries, while the offender was taken back to jail. 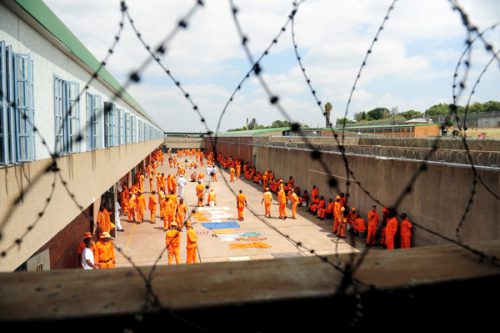 Two officials and a Leeuwkop Correctional Facility inmate were involved in a motor vehicle accident on the N12 towards Protea Glen at around 9.30am on Thursday morning while officials were transporting an offender to the Protea Magistrates’ Court.

This was confirmed by the department of correctional services in Gauteng, reports the Fourways Review.

A media statement issued by the department of correctional services in the Gauteng Region read: “The offender sustained minor injuries and has since been returned to Leeuwkop Correctional Facility. The driver of the vehicle sustained serious injuries and was taken to hospital for medical attention while the escort official did not show any signs of injuries but was also referred to hospital for further medical assessment.”

The statement said the offender was serving 25 years for rape, robbery, murder, kidnapping and escape.

“He was on his way to court for a further rape charge,” read the statement.

“The department of correctional services will offer all the necessary support to the officials and the inmate.”