Protesting Mamelodi residents have shut down the local municipal offices, saying they are sick of 'empty promises' relating to 'high municipal bills'. 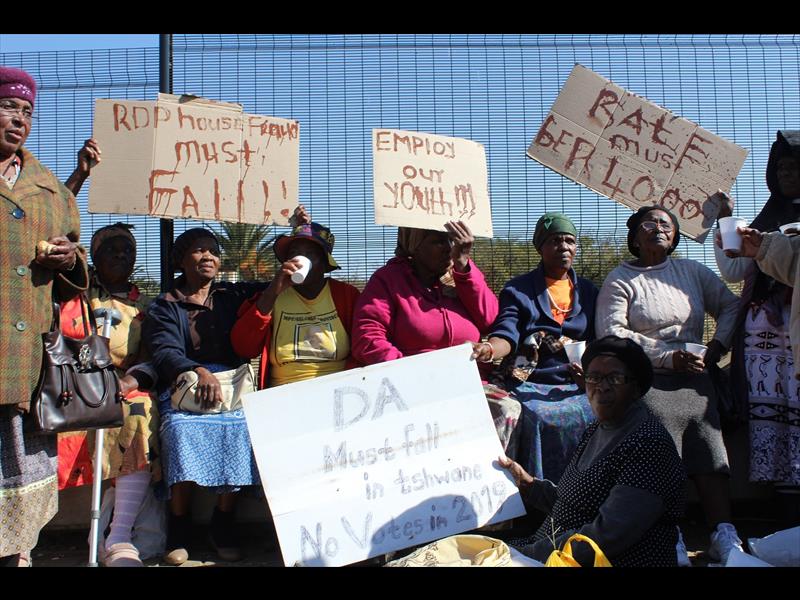 The protesters said they had submitted several memorandums to the mayor, but none of the promises that Msimanga and the MMC for human settlements said they would address had been realised.

They prevented residents from paying for their municipal service. Only South Africa social security agency (Sassa) and the department of labour were allowed to operate on Monday morning.

Organiser and president of the Mamelodi concerned residents association Oupa Mtshweni said the protesters would not move until the mayor and the MMC had spoken to them.

He said they were tired of empty promises.

“We have handed several memorandums this year to the city with no response,” said Mtshweni.

“The memorandums were received and signed by Mandla Nkomo [MMC for human settlements]. The first was on 23 March at mini Munitoria and the second was at Tshwane House on 22 April. We have not received any responses.

“We are not happy because the city is not taking us seriously. We are not going anywhere. Disrupting service will make the city understand that we mean business.”

The protesters complained about alleged fraud in the allocation of RDP houses, water and electricity billing system, prepaid meters, prices of graves and projects in Mamelodi.

Among the protesters were the elderly who said they were concerned about water and electricity tariffs and the failure by the metro to designate them “the poorest of the poor”.

The designation would result in them earning discounts on their municipal bills.

Pensioner Andries Makopo said he owed the City more than R20 000 “which increased every month”.

Dorah Ndlovu, also a pensioner, said she owed more than R70 000, and though she had no electricity, the city charged her R1 000 for services every month.

Mtshweni told residents to pay R40 a month until the metro addressed their problems.

Fake news alert: No, there won't be a national shutdown on 2 December
5 days ago
5 days ago
PREMIUM!

Fake news alert: No, there won't be a national shutdown on 2 December
5 days ago
5 days ago
PREMIUM!