The capital is now plagued by 31 sinkholes because certain areas in Centurion, Pretoria East and Laudium are prone to sinkholes. 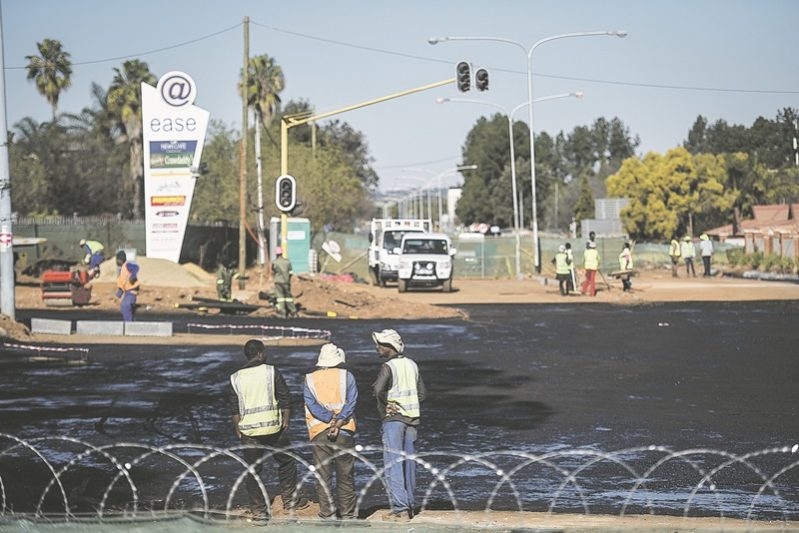 Construction site workers are seen by what was a giant sinkhole on Jean Avenue in Centurion but has recently been repaired, 23 July 2018, Pretoria. Picture: Jacques Nelles

The City of Tshwane is making headway in repairing two giant sinkholes, in Centurion and Laudium, with most major repairs expected to be completed by the end of August.

Parts of Jean Avenue that were swallowed by a large sinkhole last year will finally be opened to traffic, with phase one soon to be completed. The massive sinkhole affected businesses around the area, as the intersection of Jean Avenue and Gerhard Street was closed to traffic.

“Geological investigations and repair methods are done. The repair of the sinkhole started in April after the rainy season and is 90% complete, with planned completion at the end of August,” she said.

At least 460 square meters of the city is on dolomitic land, meaning certain areas in Centurion, Pretoria East and Laudium are prone to sinkholes. Not much can be done to prevent these disasters as they are largely caused by burst water pipes and storm water.

The capital is now plagued by 31 sinkholes, with R27.5 million allocated in the previous financial year to repair five of the highest ranked. Two of them were repaired, while the remaining three were earmarked for completion in the first quarter of this year.

R25 million has been set aside to repair three additional sinkholes.

One of the main causes of sinkholes was aging infrastructure, especially in the Centurion and Laudium areas, MMC for corporate and shared services Cilliers Brink said.

“We have asbestos pipes which are prone to collapse. It is those instances where our focus is preventative measures. In this financial year, we are spending 23% more than last year on repairs and maintenance of infrastructure.”

Business owners around Jean Avenue have felt the impact of the sinkhole in their pockets as many have lost revenue, and even staff, due to the large obstruction on the main road. But the city would not compensate businesses for loss of income unless it could be proven that it was caused by the sinkhole, Brink said.

“We can’t pay out money at the expense of residents without any loss of income being proved. Some businesses have been affected and the city has not been sued, but there have been threats.”