The victim was allegedly harassing a woman in a bar when the owner intervened. 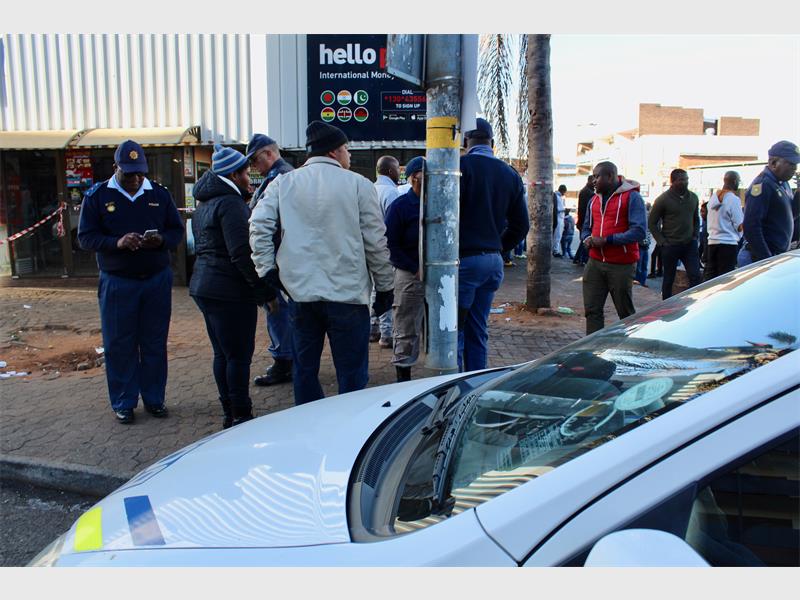 Kempton Park SAPS spokesperson Capt Jethro Mtshali (far left), on the scene on the corner of West and Oak streets, Kempton Park CBD. “The accused took the victim outside,” Mtshali said, “and after a while, multiple gunshots were heard.”

A Kempton Park CBD bar owner has handed himself over to police after allegedly killing one of his establishments’ patrons in the early hours of Friday morning, reports the Kempton Express.

According to Capt Jethro Mtshali, spokesperson for Kempton Park SAPS, the victim was allegedly harassing a woman inside the bar on the corner of West and Oak streets when the owner intervened.

“The accused took the victim outside,” Mtshali said, “and after a while, multiple gunshots were heard.”

Curious bar-goers who went outside found the victim with gunshot wounds to his upper body. Although several shell casings were found near the body, it is still unclear how many shots were fired. He was taken to the Arwyp Medical Centre, where he was declared dead.

“At that time, the accused allegedly fled the scene when people in the bar became rowdy. However, he handed himself over to police shortly after,” Mtshali added.

The man, who is in his 40s, also gave police the firearm used in the alleged murder. 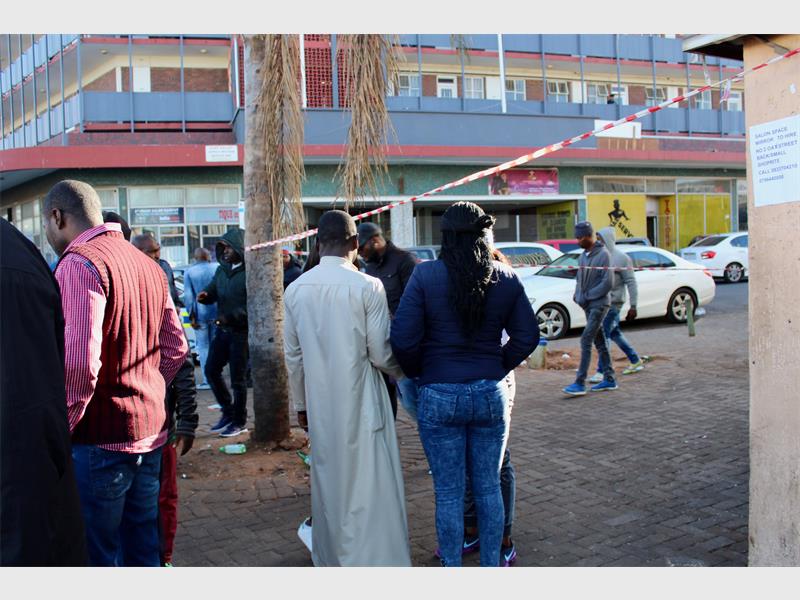 Community members surround the scene on the corner of West and Oak streets. A bar patron was allegedly murdered, after he harassed a woman inside.

“At the moment, police cannot confirm the motive behind the matter,” Mtshali said. A case of murder is being investigated.

When the Express arrived on the scene at around 8.30am, more than 50 community members lined the street where the bar had been cordoned off. A few beer bottles were still lying on the ground. Metro and police members were keeping an eye on the crowd.

Across the street, curious residents of surrounding flats could be seen peeking over their balconies. 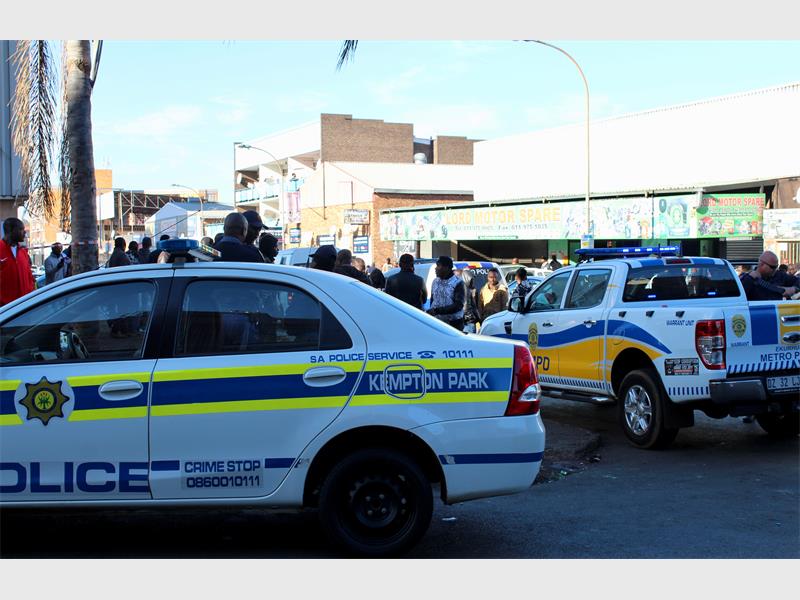 Metro police and police members were swiftly on the scene in Kempton Park CBD to keep the growing crowd under control.