This phenomenon is evident in other political parties such as the EFF, and is also creeping into the DA, an analyst says. 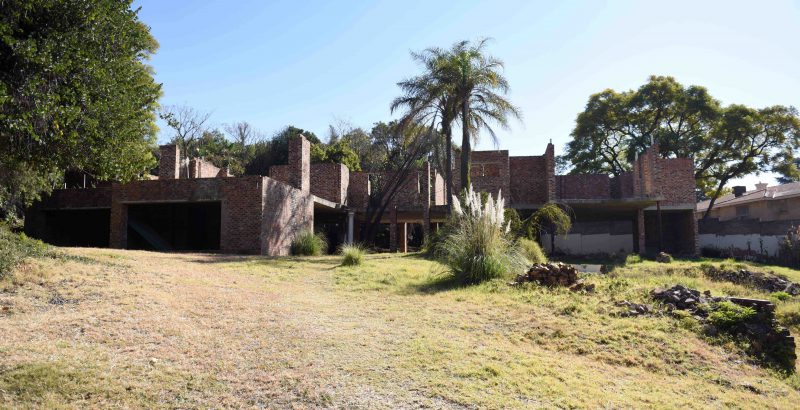 The house in Bryanston, 2 July 2018 that former Gauteng Health MEC, Brian Hlongwa bougtht in 2007. There are various allegations with regard to this house including that a corrupt relationship with Health department suppliers enabled him to buy it, demolish it and start rebuilding this new one. Picture: Neil McCartney

Elections and the scramble for campaign money were key drivers of corruption by ANC officials, said political analyst Daryl Glaser.

Documents show R130 000 was received by the ANC Women’s League and R40 000 was given to the ANC Sedibeng Region by 3P Consulting, a company run by a friend of Hlongwa’s which benefitted from lucrative government tenders in the province.

These were revealed in annexures to a report by the Anti-Corruption Task Team (ACTT), which was part of an application by the National Director of Public Prosecutions (NDPP) in July 2014, against 3P Consulting and Hlongwa to seize assets suspected to be the proceeds of crime in dealings with the Gauteng health department.

The DA last month laid charges against the ANC for allegedly benefitting from proceeds of criminal activities.

Bloom has called on ANC Gauteng leader David Makhura to take action against Hlongwa after allegations of corruption against him flared up. He was, instead, elected as the Gauteng ANC’s chief whip.

Glaser said political parties were generally secretive about their campaigns. When the Constitutional Court judgment ordering party funding to be made public, was finally realised, people would see its role in corruption, he said.

“It’s to do with secrecy, as well as the limits to the amount of state funding subsidy that parties are allowed to receive. They are always scrambling for money around election time.

“Not that corruption isn’t driven by personal gain. There are two drivers of corruption in SA: corruption on behalf of the party and that done by individuals to enrich themselves. Both are powerful factors driving corruption.”

Glaser said this phenomenon was evident in other political parties such as the EFF, and was also creeping into the DA.

“In the past, the DA has managed to insulate itself. It was more of a party for the privileged.”

Neither the ANC Women’s League nor the ANC in Gauteng had responded to questions at the time of going to print.