The local theatre legend and anti-apartheid activist passed away on Thursday morning after an eight-year battle with illness. 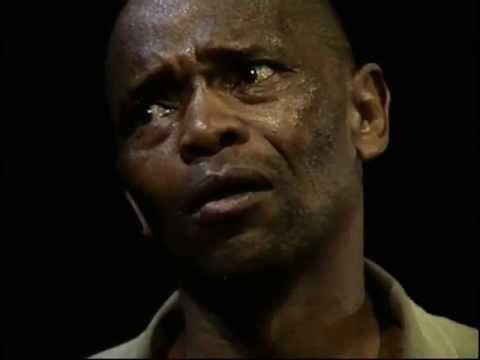 South African theatre legend Winston Ntshona has passed away at 76.

The playwright and actor’s son Lawula confirmed that the award-winning theatre performer and creator died at 8am on Thursday after an eight-year battle with illness.

Tributes immediately began pouring in for the man best known for his work with actor John Kani and playwright Athol Fugard, with whom he founded the Serpent Players theatre group in Port Elizabeth in 1965.

It is with great sadness that we mourn the passing of one of SA's prolific Actors and Playwright – Winston Ntshona
Born 6 October 1941 in Port Elizabeth. Rest in peace fellow thespian and thank you for your contribution to the arts #RIPWinstonNtshona pic.twitter.com/LdNn9QfqAa

“Thus far we are just reeling in shock but we are coming together as a family,” said Lawula, adding that a statement would be released by the family on Thursday.

Ntshona received global recognition alongside Kani for their work, including a Tony Award for writing and acting in Sizwe Banzi is Dead in 1975. He also won a National Order Award in 2010 alongside other notable South Africans.

Then president Jacob Zuma, who gave Ntshona the award, said he “used the stage to expose life under apartheid to the world”.

In 2012 a street in the arts precinct in Port Elizabeth was named after Ntshona. Kani and Fugard received the same honour.