Renaming Grahamstown after Makhanda gets over 300 objections

The minister says one of the objections cited in the letters is 'historical sentiments'. 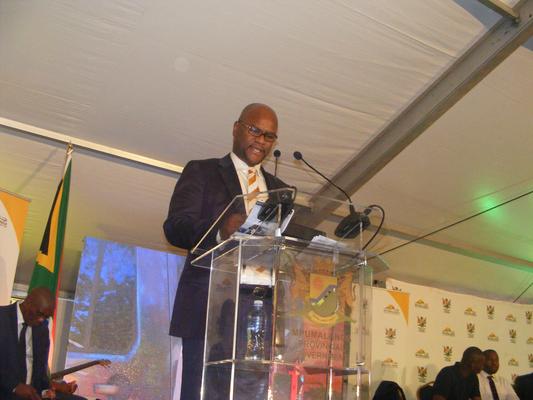 Arts and Culture Minister Nathi Mthethwa has revealed that he has received just more than 300 letters objecting to the gazetted name change of Grahamstown to Makhanda.

The minister said to date 332 complaints had been received about the proposed name change.

“Most, if not all, have made allegations of ‘lack of consultation’, ‘cost implications’, ‘historical sentiments’ and the claims that the Government Gazette on the 29 June 2018 [where the proposed named change had been published] was defective because it ‘did not state the fact that the public has one month to object or complain to the minister on his 29 June 2018 decision,” Mthethwa said in a statement.

The minister said all the letters will be read, acknowledged and responded to and that each objection will be referred to the South African Geographic Names Council for advice in order to make an informed decision on the matter.

“Makhanda” was a Xhosa warrior, philosopher, prophet and military man who fought against colonialism in battles, including one where he led an attack against the British garrison at Grahamstown in 1819.

At the time of announcing the proposed name change, the department said there had been a 20-year call for the town to be renamed. It said the name was changed due to some people being opposed to the painful history the founder of Grahamstown, Colonel John Graham, epitomised.

ALSO READ: Grahamstown to be renamed after Xhosa warrior Makhanda

“It is the minister’s considered view that those who have written to him to object to the gazetted name change have displayed the positive traits of an active citizenry.

“It is heartening to know that South Africans understand that ours is a participatory democracy,” Mthethwa said. 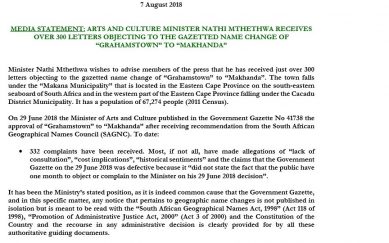 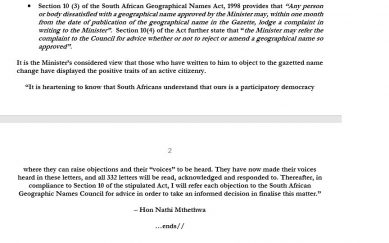