Charges have also been laid against the police officers, and Ipid has been made aware of the matter. 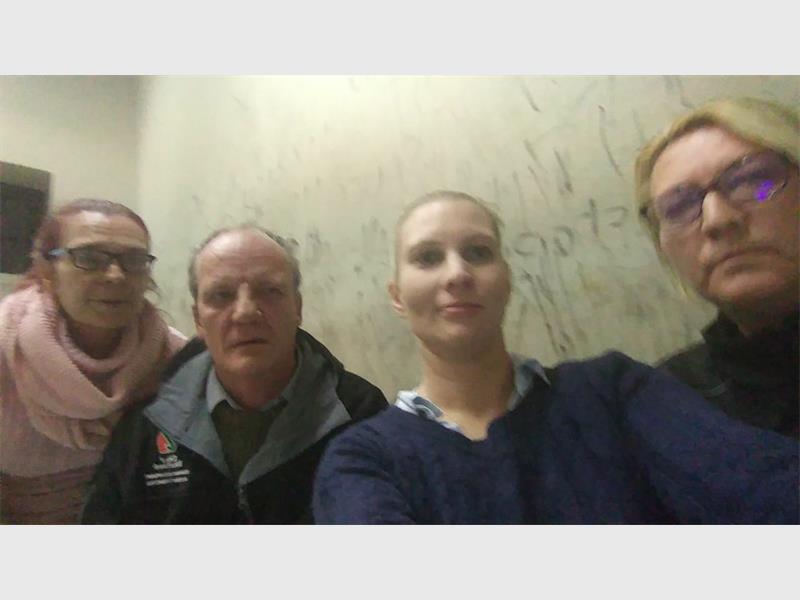 Kim Smith, Clr Simon Lapping, Samantha Smith and Clr Trcaey Lourenco sent Kempton Express a photograph of them inside a cell at Edenvale Police Station after allegedly being assaulted and arrested by police officers on Friday. The four were released at 12.55am on a warning.

Ward councillors Tracey Lourenco and Simon Lapping are facing charges of assault and defeating the ends of justice. Charged with them are Lourenco’s daughter and Lourenco’s sister, reports Kempton Express.

The four have instituted the same charges against Edenvale police officers.

Speaking on behalf of the two councillors, Mike Waters, DA deputy chief whip in Parliament and Lethabong constituency head, said: “They have opened a case at Sebenza SAPS. The charges are of assault and defeating the ends of justice by deleting a recording on Lourenco’s phone.”

“Charges have been laid against the police officers and the Independent Police Investigation Directorate [Ipid] has been made aware of the matter so as to conduct an internal investigation.We have also started an online petition calling on the national police commissioner to institute an inquiry into the station. We will submit the petition to the national commissioner,” Waters said.

According to Waters, Lourenco, Lapping, Lourenco’s daughter Samantha Smith and her sister Kim had gone to the police station to follow up on another case when they allegedly witnessed police being aggressive with a young man who wanted to open a case against the metro police.

“When Lourenco tried to film the incident with her cellphone, they told her she wasn’t allowed to. The officers allegedly tried to grab the phone out of her hand but she resisted,” Waters added.

According to him, officers allegedly threw her onto the floor and started kicking and punching her. “Her daughter managed to take her phone but the officers went to the daughter and took the phone out of her hand and dragged the two of them to the cells.”

Lourenco claimed while in the cells with her daughter, officers further assaulted them.

“I screamed for help while in the cells and my sister Kim came running,” said Lourenco.

“She pushed through three police officers at the door and one of them slapped her in the face as she pushed to get inside the cells,” Lourenco alleges.

Waters said Lapping witnessed the event. When he indicated he would take a photo of the constable, he was allegedly grabbed and pulled inside the police station. As they went through the glass door, it was smashed into his body and the force broke the door. He was then also taken to the cells.

The arrest happened at 8.30pm, and they were all released at 1am on Saturday morning.

“All four were released on warning and the charges against them are assault and defeating the ends of justice,” said Lt-Col Kay Makhubela, provincial SAPS spokesperson.

It is also alleged that Lourenco’s phone was later returned, but the video footage of how the young man was treated had been deleted.

As a result of the incident, Tracey Lourenco has a chipped bone in her ankle and a detached ligament. “Both my sister and daughter also have injuries.”