The ANC in Tshwane want the city manager suspended and the mayor to resign over reports of a company that is 'looting' the City of Tswane. 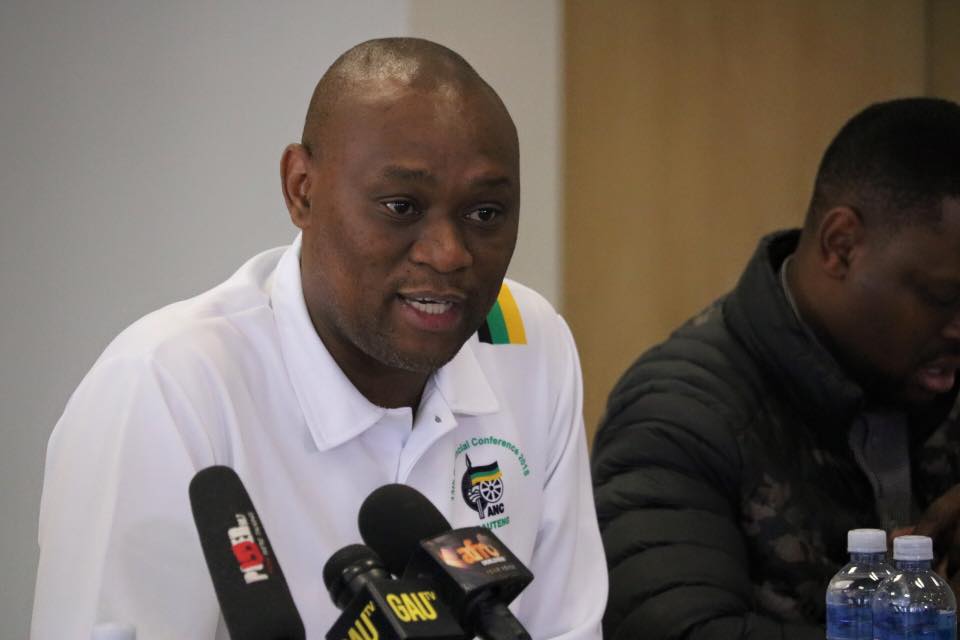 The ANC in Tshwane wants city manager Moeketsi Mosola suspended with immediate effect pending an investigation into reports that he had brought in an engineering consultancy, named as Midrand-based GladAfrica, to manage infrastructure projects worth billions.

Briefing the media on Wednesday, chairperson of the ANC in Greater Tshwane Region Dr Kgoshi Maepa said the party would open a criminal case against Mosola.

This after the Sunday Times reported GladAfrica was handed over infrastructure projects worth R12 billion to manage, netting a quarter of a billion in the past six months.

According to the weekly newspaper, the city manager brought in the engineering consultancy despite legal advice that suggested doing so would be illegal.

The manager allegedly further overlooked resistance from city officials, some who, after questioning the decision, were stripped of their powers.

Maepa said the party in the region further wanted Tshwane mayor Solly Msimanga to resign with immediate effect, and for President Cyril Ramaphosa to launch a special investigations unit probe into maladministration and corruption in the City dating back to August 2016 and for the Tshwane to be placed under administration.

The regional chair added the provincial department of cooperative governance and traditional affairs should also probe corruption and maladministration in the City and that the ANC in the region would submit a complaint to public protector Busisiwe Mkhwebane and request that Mkhwebane conduct her own investigations into corruption within the metro.

According to the Sunday Times report, GladAfrica made R250 million out of the Tshwane since November last year.

The Tshwane Bus Rapid Transport system is among the projects GladAfrica has overseen. The city manager picked the company from a list he got from the Development Bank of Southern Africa (DBSA).

The company reportedly nets 10% of the City’s projects it oversees and charges Tshwane between R2,000 and R4,000 an hour for contractual skilled professionals.

During the briefing, Maepa said the Municipal Finance Management Act had been flouted when GladAfrica was appointed to manage the City’s projects.

“It is clear as daylight that the awarding of the contract was flawed from the start. We have instructed our legal team to look further into the matter as we are intending on pursuing this in court, this particular act of maladministration, without fear or favour,” Maepa said.

The Tshwane regional chair said “a trio of kleptomaniacs” – made up of the city manager, MMC for roads and transport Sheila Senkubuge and MMC for housing and human settlement development services Mandla Nkomo –  were “hellbent on collapsing the finances of the City”.

“It cannot be business [as usual] anymore when kleptomaniacs like this remain at the helm of the City and its departments. We are calling for their immediate resignation and the immediate cancellation of the corrupt contract of DBSA,” Maepa said.

Other demands by the ANC in Tshwane are that the mayor provide proof on infrastructural projects the R250 million netted by GladAfrica was spent on, with an itemised breakdown of the amounts paid.

“Taxpayers money cannot be siphoned and stolen in this manner without anyone accounting for it, and we will never allow for it to happen,” Maepa said.

The party accused Msimang of gross incompetence by claiming he was unaware of the GladAfrica contract, saying as an executive mayor, Msimang should have played an oversight role in the implementation of supply chain policy, and further should have chaired monthly MMC meetings where contract appointments in excess of R200 000 were reported.

Maepa further claimed due processes had not be followed when the current city manager was appointed.

The regional chair said what should be investigated is whether the vacancy for the city manager had been advertised, applications made and whether Mosola made an application for the post, was subsequently interviewed and the overall process approved by council.

“If there is none of that, you must know that the city manager of Tshwane has been appointing illegally because he was also illegally appointed,” Maepa said.