Criminals broke down walls to gain access to Capitec Bank at the Tembisa Plaza on Saturday. 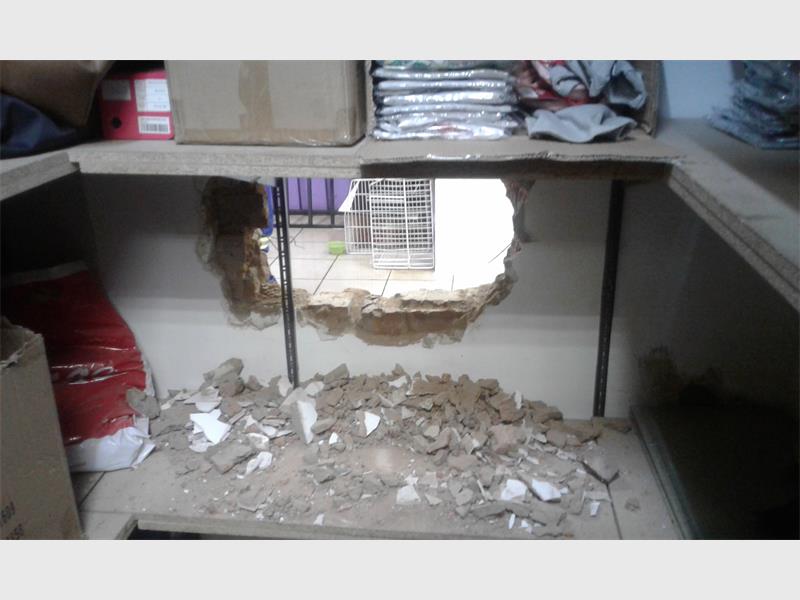 SAPS appeals to the residents for information to help them arrest suspects involved in business robberies at Tembisa Plaza.

Four suspects held security guards hostage at Tembisa Plaza and stole an undisclosed amount of money from some of the shops on Saturday, reports Tembisan.

ALSO READ: ‘Robber’ wrestles man outside Capitec in Soweto, gets strangled to death

“While in the office, they made sure that all the security guards who were on duty were called to the office. They then held them hostage in that office.” 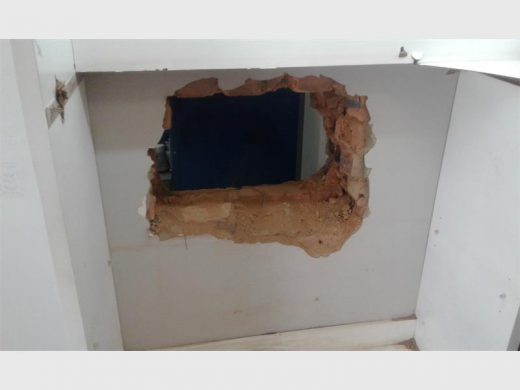 A huge hole allegedly made by suspects in one of the shop’s walls.

“They stripped the guards of their uniform, and then wore the victims’ uniforms,” said Sekgobela.

Sekgobela said the suspects proceeded to other two shops, broke down the walls and gained entry into one of the banks.

“In one of the shops, they took an undisclosed amount of money which was kept in the safe. At the bank, nothing was taken because it appears they might have been interrupted by something else. The suspects allegedly fled the scene in a white Polo with an unknown registration number. No one has been arrested at this stage.

“Tembisa South police are appealing to anyone who might have any information to come forward,” said Sekgobela.