Fees Must Fall protesters locked out of Union Buildings

As calls mount for Fees Must Fall activists to be granted amnesty, a group of protesters have been denied entry to the Union Buildings in Pretoria. 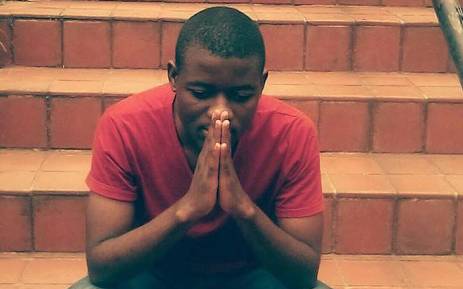 A group of protesters representing the Economic Freedom Fighters (EFF) took to the Union Buildings on Tuesday morning to support Bonginkosi Khanyile, who camped out overnight, demanding that president Cyril Ramaphosa responds to his request for a presidential pardon.

The activist is among many students facing charges of public violence following the Fees Must Fall protests that culminated in the shutdown of universities around the country in 2016.

Khanyile will be sentenced in October for pointing a slingshot at police, an accusation that he has not denied.

On Tuesday morning, it was reported that the protesters have been denied entry to the Union Buildings.

Khanyile says that his actions were in the context of the political climate of the time.

“Remember, we’re not a violent generation of young people. Once someone brings violence, we’re bound to respond but we’re not violent,” he said.

Khanyile’s protest is the second surrounding the 2016 Fees Must Fall protests in the past week.

It was reported on Friday that Mcebo Dlamini had walked from Wits University to the Union Buildings to hand over a memorandum to Ramaphosa calling on the president to grant Fees Must Fall protesters amnesty.

While Ramaphosa was not there when Dlamini arrived, he is said to have met with officials. It was reported on Tuesday that the activist is expecting a response from the president this week.

Dlamini and Khanyile are joined in their call for amnesty by the National Union of Mineworkers (NUM), who have called for all jailed Fees Must Fall activists to be released.

“These students were forced to embark on protest action because the ANC-led government has consistently ignored them on the just amount for free higher education,” the union’s spokesperson Phakamile Hlubi-Majola told EWN.

I feel a sense of betrayal within myself as I watch Bonginkosi Khanyile laying bare his frustrations at Union Buildings. As a student perhaps I would've never set foot in the university if they didn't challenge and changed the status quo.

Khanyile: We confirmed with the president's office that we are coming but today police officers are telling us there was an instruction that we will not enter Union buildings @SowetanLIVE

For the Union buildings to be locked for three peoples i guess its called new dawn, the last time i check Union building is a public building nor Ramaphosas privaate residence,come 2019 vote EFF the peoples hope.