Another slight petrol increase in the pipeline for September The Central Energy Fund (CEF) published its latest data and it looks like September petrol prices will remain flat for the most part. The data from 22 August shows that fuel prices will remain largely the same when it comes to 93 petrol and both 0.05% and 0.005% Sulphur diesel with 95 petrol set to increase by two cents mid-month and illuminating paraffin to decrease by 6% per litre.

The Rand has not been performing very well lately and this weakness in currency has had a negative impact on prices. Last week, the Rand lost as much as 10% of its value against the US dollar. The only thing that has saved SA from another massive hike is the changes in international product prices, which have contributed to a slight recovery in the price, of around a cent per litre, Randburg Sun reports

According to the data, the Rand has not fully recovered from the crash which means September petrol prices will remain largely the same. The country has seen a consecutive increase in petrol for the last five months. 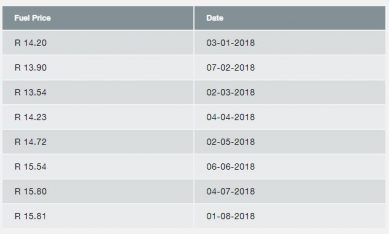 People have criticised the government for not having a solid plan to alleviate the pressure of rising petrol prices. Last month, President Cyril Ramaphosa said that he had a big announcement to make regarding the food and petrol prices but there still has not been any communication about that specific matter.

The Department of Energy was meant to appear at an Energy Portfolio Committee meeting on the petrol price last week Tuesday, but they failed to show up. Meanwhile, pressure from opposition parties and civil action groups is mounting as they call for a solution regarding the current petrol situation. 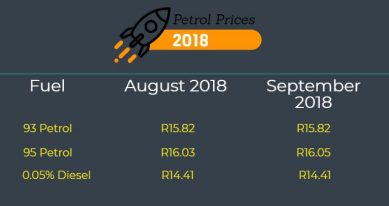