A tip-off led police to a shootout in Mhluzi which ended in three men dead and one arrested. A shootout between police and burglars ended with three men killed, one man arrested and three firearms retrieved in Mhluzi, Mpumalanga on Friday.

Police during the early hours of Friday morning conducted a crime intelligence operation following a tip-off about suspects planning to break into a business.

The police in a statement said they arrived to find a safe had been blown up on the Mhluzi premises. 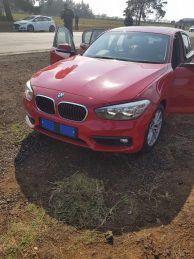 “The suspects then allegedly started shooting their way out of the situation. The police returned fire but the suspects fled the scene with an undisclosed amount of money in three vehicles.”

A high-speed chase ensured with an ongoing exchange of gunfire.

Two of the suspects’ vehicles came to a stop following the shootout.  One of the vehicles stopped as the driver of the vehicle lost control and the other because three of the occupants were fatally wounded. 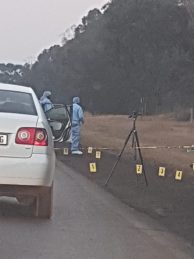 Four occupants from the stationery vehicle fled on foot.

“The police chased after the suspects with the support of the SAPS K9 Unit and managed to arrest one suspect.”

A manhunt for the remaining suspects is under way while the arrested suspect, aged 28, is being processed to see if he can be linked to other serious and violent crimes.