Daughter of former ANC president Oliver Tambo, Tselane, has accused the party of 'dumping' her at her most vulnerable. 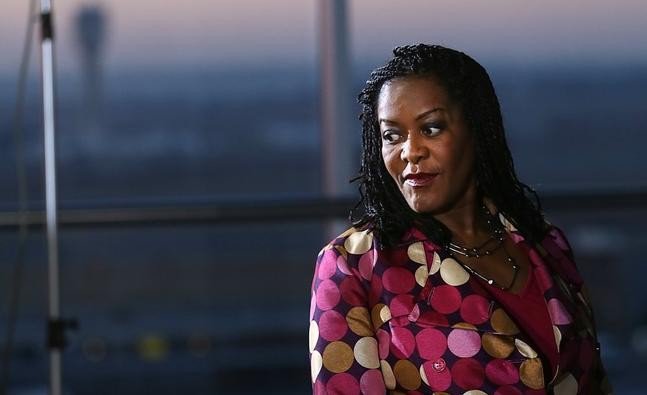 Tselane Tambo, daughter of Oliver and Adelaide and sister of Dali, says the party that her father once led has “dumped” her and left her to fend for herself, as ailing health caused by a stroke in 2014 has rendered her unable to work, City Press reports.

She says party members who moved her into a flat in Fourways threatened to relocate her to an Alexandra shack after she spoke to the media about her alleged neglect.

They in turn say she has threatened to seek help from the EFF.

In 2014, a stroke left the actress unable to to use her left arm. Her speech is now slurred and she requires a walking stick due to impaired mobility.

This compounded problems she had been experiencing previously, as the stroke came shortly after she made news after having allegedly been “kicked out” of a luxury guest house after she was unable to pay her R157 000 bill.

There also seems to be dispute regarding whether or not Tambo’s older brother, talk-show host Dali, has been offering his sister the help she needs.

While Tselane tearfully told City Press “I don’t have a brother” when asked if he had been helping, he claims he has “supported her all her adult life.”

According to Tambo, her financial situation led to her approaching the ANC after a friend who had been supporting her was no longer to do so.

She says that the party’s chairperson Gwede Mantashe and treasurer-general Paul Mashitile found her a room at a Sandton guest house but failed to pay for it, leading to her having to move in with a cousin in Alexandra.

She further claims that she went back to Luthuli House to request help again after finding her cousin living in a small three-bedroom house with 12 children, only to be told that no-one wants to help her as she is rumoured to have been in rehab and to have spend her R10 million inheritance money. She denies that she ever received an inheritance.

“Trust me, if I had R10 million I would be comfortable for the rest of my life,” she said.

Despite having been moved into a Fourways flat, Tambo claims she is now too far away from amenities, with no access to public transport and frequent power and water outages.

She further complained about safety and noise, also claiming no-one from the ANC has checked on her and that the men who moved her to the flat intimidated and threatened her.

However, an anonymous source disputed Tambo’s version of events.

“Tselane is not telling the truth. We owe a B&B in Sandton R60 000 and have tried to help her. Even comrade [Mzwandile Masina] gave her a house on the East Rand and she didn’t want to go. She threatened to go to the EFF if we didn’t help her.”

The source continued: “For Gwede it’s even worse. Tselane manipulated him and it’s not right. She has not been dumped at all.”