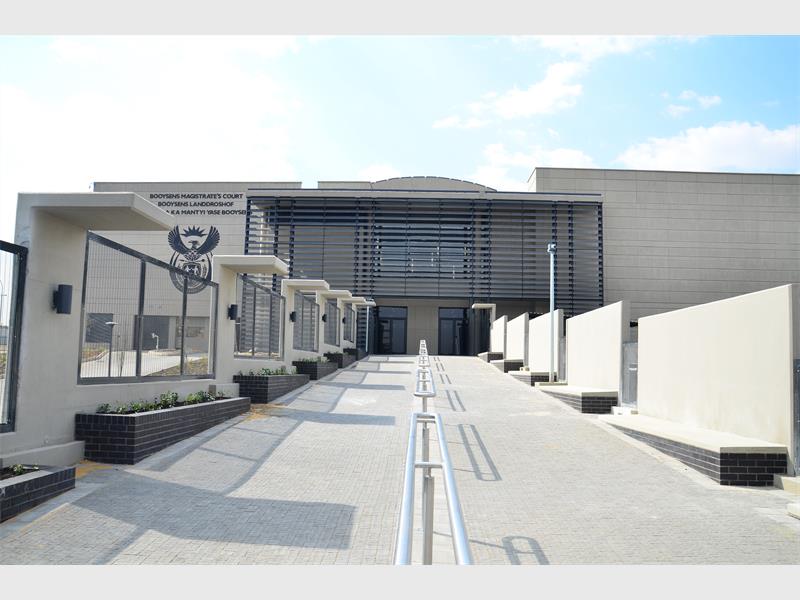 The Booysens Magistrate’s Court project is 99 per cent complete and is soon to be handed over to the client, the project management team informed the department of justice in August, Comaro Chronicle reports.

The Independent Development Trust (IDT) Programme Management Services team took the departmental delegation on a tour of the premises, and apprised the officials of the progress on site, saying work was progressing well to meet a handover deadline of September.

The project is being implemented by the IDT for the department of justice at a cost of more than R240 million as part of a contract awarded to the IDT by the department to plan, design and construct new courts around South Africa.

Construction on the Booysens site commenced in June 2016 and the project is now at the preliminary practical completion phase, with the handover to the client department expected to follow during the month of September.

The IDT was proud to be the implementing agent of the project, and looked forward to handing over to the client department, the organisation said.

The court comprises 10 courtrooms, including one civil court, two family courts and one child, domestic violence and peace order court, administration offices, 15 magistrate’s offices and holding cells with a provision for juvenile male and female and adult male and female cells, respectively.

The work included construction of 69 parking bays for staff, 54 parking bays for visitors and an additional four parking bays per 100m² of office space. The IDT contributed at least 1,665 job opportunities throughout the project life cycle.

The IDT’s comprehensive social facilitation process, a niche service offering by the IDT that ensures communities take ownership of the facilities once transferred to them, saw an agreement reached with the communities surrounding the construction site that 50 per cent of the labour would be sourced from locals.

This helped in creating job opportunities for people residing close to where the Booysens Magistrate’s Court is located. Candidates who were taken in without the necessary skills were trained and conferred certificates that will help them find suitable jobs when construction work of the court is completed.