Treasury hopes to raise R25 billion from the VAT rate hike in this financial year if the amount of zero-rated items remains the same. 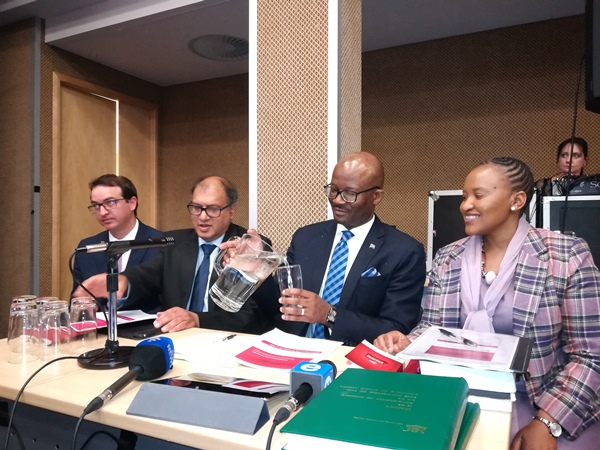 The poor collection of tax by the South African Revenue Services (Sars) was a contributing factor to the increase in VAT, deputy director general at National Treasury Ismail Momoniat said today.

Momoniat was testifying at the Nugent Commission of Inquiry tasked with probing tax administration and governance issues at the revenue services.

He was accompanied by his colleagues who testified alongside him.

Evidence before the commission showed the country’s debt book rose to R135 billion this year, compared to R85bn in 2015.

Momoniat said treasury hopes to raise R25bn from the VAT rate hike in the 2018/2019 financial year if no further zero-rated items are added to the basket of goods that are exempt from VAT.

The inquiry heard how relations between Sars and Treasury were strained under suspended Sars commissioner Tom Moyane.

“We started seeing a high turnover of managers. That was the first sign… people were leaving or its units mysteriously disappeared,” he said.

He said there was a series of bad news and Sars couldn’t give a valid explanation.

“We had a leadership destroying Sars by not acting immediately.”

Momoniat suggested that there should be a parliamentary process to appoint the Sars commissioner.

Director-General Dondo Mogajane at the National Treasury explained that Sars does not report to him but reports to the finance minister.

He said the budget process starts 10 months before the budget for the following year is announced.

“This year we had to increase VAT, because there was significantly less revenue than what we needed,” he said.

Tomorrow the hearings are expected to focus on the consulting agency Bain and Company which was appointed by Moy­ane in his attempt to restructure operations at Sars.

The company will have answers to numerous allegations made against it, primarily that it failed to consult employees and dismantled key revenue collection units.

Then on Friday, former finance minister Malusi Gigaba and current Finance Minister Nhanhla Nene will testify about dealing with Moyane and his restructured revenue service.