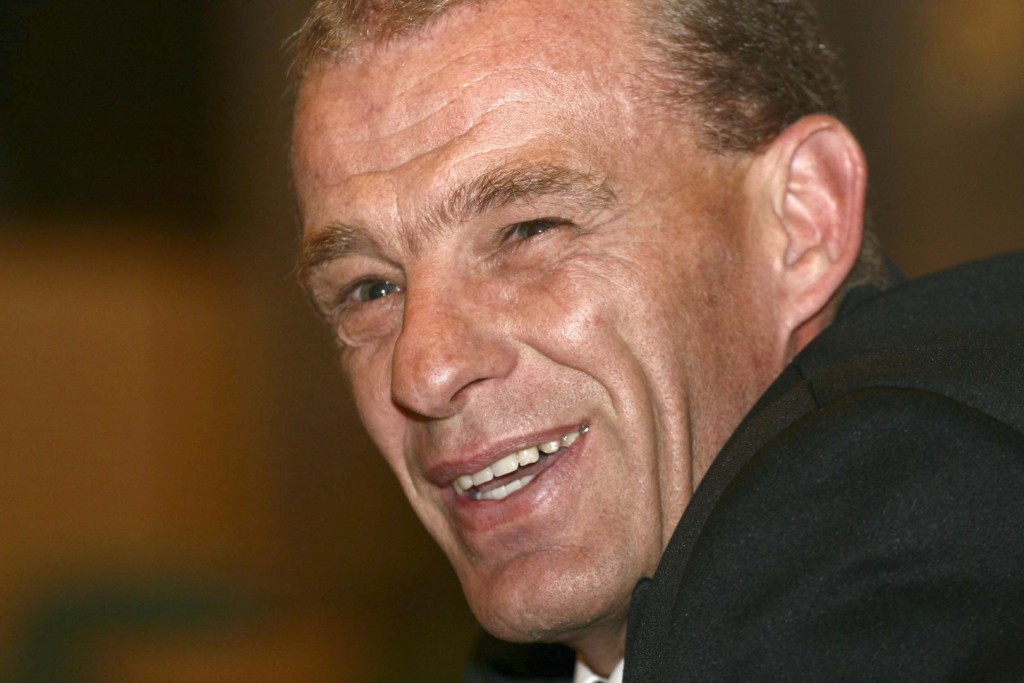 Nel may prosecute for fraud, forgery and illegal mining in the case that stems from a dispute about which company was entitled to mine salt on Vrysoutpan in the Kalahari. Picture: Moneyweb

Advocate Gerrie Nel, nicknamed the bulldog for his tenacity as a prosecutor, is considering a private prosecution against former ANC leader John Block and his co-directors in a salt mining company in connection with a forged mining permit.

Nel is best known for prosecuting former paralympic athlete Oscar Pistorius for the murder of his girlfriend Reeva Steenkamp. He and a team of top investigators have joined AfriForum and established a private prosecutions unit. One of their early targets was Duduzane Zuma, son of former president Jacob Zuma. Their plans for a private prosecution, however, seemed to encourage the National Prosecuting Authority (NPA) to proceed with a case of culpable homicide against the younger Zuma in relation to an earlier vehicle accident that resulted in a fatality.

Private prosecutions are only allowed if the NPA decides not to prosecute a case and upon them issuing a nolle prosequi certificate to that effect. Such a certificate is only valid for three months.

The directors of SA Soutwerke who are now in Nel’s crosshairs include the controversial Block, who used to be the ANC chairperson and member of the executive council (MEC) for finance in the Northern Cape; Gift van Staden, former mayor of the //Khara Hais local municipality (which subsequently merged with the Mier Local Municipality to form the Dawid Kruiper Local Municipality in Upington), and prominent Upington businessman André Blaauw.

Block is currently on bail pending his appeal to the Constitutional Court against a 15-year sentence for fraud and money laundering in the so-called Trifecta matter, which is unrelated to the SA Soutwerke matter.

The case Nel is now investigating stems from a dispute between SA Soutwerke and Saamwerk Soutwerke about which company was entitled to mine salt on Vrysoutpan in the Kalahari outside Upington between 2008 and 2011.

This dispute gained more significance at the time due to the similarities with a subsequent dispute between Kumba’s Sishen Iron Ore Company and ArcelorMittal about mining rights at Kumba’s Sishen mine.

The Kimberley office of the Department of Minerals and Energy, as it was then known, had jurisdiction in both cases and the modus operandi was similar to that of the salt dispute.

The Northern Cape High Court found in 2010 that SA Soutwerke’s mining permit was forged and ruled that Saamwerk was the rightful owner of the mining rights. This was confirmed on appeal. After several actions and counter-actions SA Soutwerke vacated the pan in 2011, after mining there and deriving revenue from the mining activity from 2008.

Despite the Northern Cape High Court finding that the permit had been forged and that Block’s company SA Soutwerke must have known about the forgery, the NPA confirmed to Moneyweb in 2014 that it issued a nolle prosequi certificate to Jalie du Toit, then a director of Saamwerk.

This came even though the Supreme Court of Appeal (SCA) – when dismissing SA Soutwerke’s appeal – expressed its dismay at the slow progress of a criminal investigation into the forgery of the permit. By then it was two years from the time that Saamwerk Soutwerke had laid criminal charges. The SCA ordered that both judgments be delivered to the national police commissioner, the national director of public prosecutions, and the minister of minerals and energy.

In 2014 Du Toit placed an advertisement in the local community newspaper Die Gemsbok, saying: “It took the state seven years to not prosecute SA Soutwerke [Block’s company].” He vowed to do it himself. “Shareholders who will be prosecuted are John Block, André Blaauw and Gift van Staden,” the notice said.

Du Toit said in his advert that Blaauw’s affidavit admitted the directors were aware of the forgery and agreed with the judge that it was forged.

The elderly Du Toit, however, failed to proceed with the prosecution and his sons recently approached Nel for assistance.

Nel confirmed to Moneyweb that his team is investigating the matter, saying if they find that the case is solid, they will apply for another nolle prosequi certificate and proceed with a private prosecution.

Nel says the question is who perpetrated the forgery and who benefitted from it. The crux of the matter is whether the directors of SA Soutwerke were aware of the forgery and therefore knew that they were mining without a valid permit.

The possible charges include fraud and forgery as well as illegal mining. Nel says charges could be brought against all the directors of SA Soutwerke who at the time were Block, Van Staden, Blaauw, Blaauw’s mother and Jacob Louw.

Meanwhile, the Northern Cape High Court has ruled in Saamwerk Soutwerke’s favour on the merits of a civil claim against SA Soutwerke for loss of income between 2008 and 2011.

Saamwerk’s attorney Div Pretorius from Haarhoff’s Attorneys in Kimberley told Moneyweb that the amount of the award still has to be decided. Saamwerk is claiming a maximum of R90 million and if SA Soutwerke cannot pay the amount the court awards to Saamwerk, the directors may be held liable.