Maimane says these choices include cutting SOEs loose, splitting Eskom into two, privatising SAA and trimming the cabinet by half. 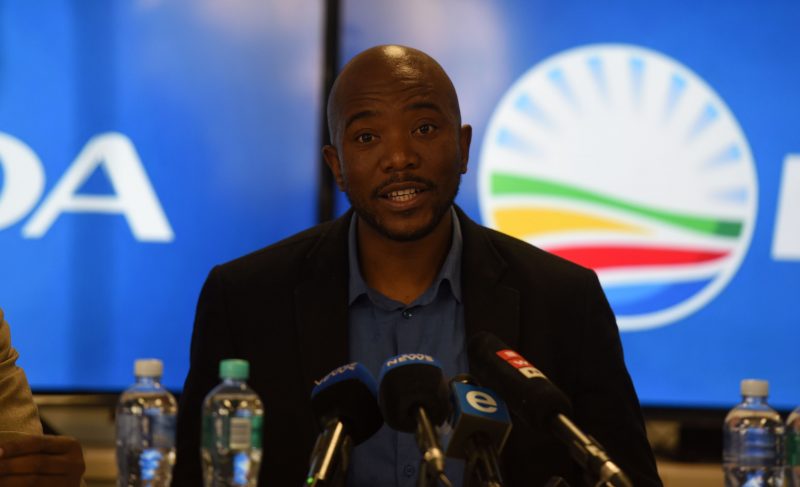 DA Leader, Mmusi Maimane briefs media about their review of the first 100 days of Cyril Ramaphosa as President at their headquarters in Bruma, 21 May 2018. They say there has been some positive changes regarding SOE boards, but they feel it has become apparent that he is still constrained by his party and that cracks are showing within his party between himself and some interest groups that got him elected and he cannot bring about the positive change that South Africa needs. Picture: Neil McCartney

Democratic Alliance (DA) leader Mmusi Maimane said if the government is committed to “picking up the rand” and growing the economy it should make “hard but necessary choices.”

According to Maimane, these include cutting state-owned enterprises (SOEs) loose, at least partly privatising South African Airways (SAA), splitting Eskom into two, trimming the cabinet by half and abandoning the “plunge towards [land] expropriation without compensation.”

Maimane said these “hard but necessary choices” would restore investor confidence and get the country “out of the red.”

The DA leader further urged the government to protect the independence of the South African Reserve Bank (Sarb) and refrain from undermining its governor, Lesetja Kganyago.

“If we can implement these changes right away, we can undo much of the damage caused over the past decade,” Maimane said.

The leader of the main opposition in parliament was speaking in the National Assembly on Wednesday during an urgent debate to revive the country’s economy after Statistics South Africa (Stats SA) announced recently that the country has entered a technical recession.

Stats SA announced last week that the country’s real gross domestic product had decreased by 0.7% in the second quarter of 2018.

Since GDP contracted by 2.2% in quarter 1, the country is now officially in a technical recession, which means two consecutive quarters of negative growth, Stats SA said.

“What we can’t do is sit back and watch our growth stagnate for another quarter, and then another because poor South Africans cannot withstand this. Their ‘real’ household income cannot shrink any further – life is already barely affordable,” Maimane said.

He added that the government should avoid taking easy choices such as taking loans and increasing VAT.

Maimane blamed the governing party for the country’s economic crisis, saying the ANC does not have a plan to get the country out of the current recession.

“This administration is only seven months old but it is already stumbling around in the dark looking for excuses instead of facing up to hard truths. There is no plan. There is no firm direction,” the DA leader said.

Maimane said corruption, “the crisis” at the South African Revenue Service (Sars) leading to a shortfall in the collection of tax, government bailouts to SOEs, the constantly growing public sector wage bill and huge cabinet are all factors culminating in “a recipe for economic disaster.”

He also slammed populist policies such as land expropriation without compensation and the proposed National Health Insurance (NHI) bill.

“All of these things played a part in bringing our economy to its knees,” Maimane said.