I wish I could feel shock at the crime stats

If you are shocked and outraged following the release of the crime stats, consider yourself lucky. The alternative is far worse. The crime stats were followed this year, as they always are, with shock and outrage.

As usual, our opposition politicians tell us that this is an unacceptable state of affairs, advancing theories as to how, if they were in charge, things would be different.

Calls for the return of the death penalty resume like clockwork, building to a crescendo before dying down until next year.

Sometimes the stats are up, sometimes they are down, but always they’re enough to shock us into confronting how far each and every one of us is from safety.

But the stats didn’t shock me this time. They only made me sad.

Maybe it’s because, in the few months I’ve spent as a full-time journalist after an eight-year hiatus from the profession, I’ve quickly been reminded that no acts, no matter how unspeakable, are beyond human beings.

“This is not human behaviour. It’s not even animal behaviour,” a judge said when sentencing a man who stabbed his mother to death and mutilated her body in 2017.

We love to pretend that our species isn’t capable of the kind of acts we have shown, time and time again, that we are.

And when it comes to sickness, it has to be said that South Africa goes above and beyond the limits of most countries.

The Citizen has documented enough murders, assaults and rapes in my relatively brief time here to already desensitise me to how extreme these crimes are.

Some say poverty is the cause, but when we hear of the CEO who stands accused of strangling his wife to death, or the comfortably middle class man who orchestrated the murder of his wife, or the athlete – one of South Africa’s greatest – who shot his girlfriend repeatedly through a toilet door, we are forced to confront the fact that there must be more to it than that.

When people who have grown up with inadequate education, inadequate familial support and inadequate prospects do horrific things, it makes more sense to us. Then we can say that we understand.

Worse than my lack of shock is my feeling of understanding. That if the society you live in has given you no reason to value your own life, it is normal human behaviour for you not to value the lives of others.

This is where I find myself in 2018: hearing about the 57 South Africans who are murdered every day and thinking, that’s understandable.

I would like nothing more than to struggle to understand.

Shock would demonstrate a sense that we should not and cannot live this way, and shock can inspire action. So with shock comes hope.

You may read any number of opinion pieces in which people give their ideas on how we can work together as a nation to become safe, and healthy, and whole.

So here is just one in which the author admits he hasn’t got a clue.

That’s what went through my head this week as the crime stats came in, staring at the screen, trying to replace the numbness I felt with shock. 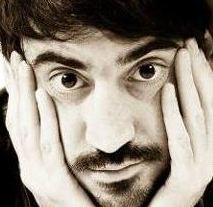