It is alleged that the parents of the children left them with a 14-year-old, to drink at the local tavern. 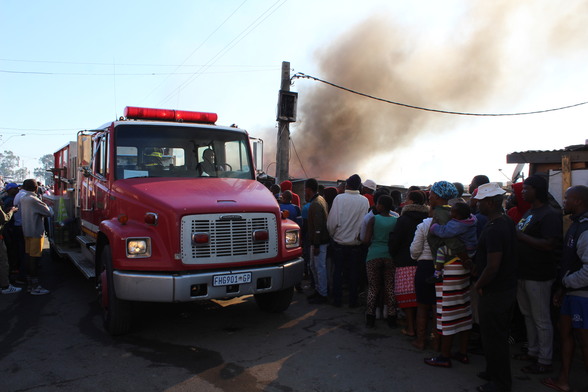 Four children of the Ngobeni family between the ages of three and six died in a fire tragedy on Sunday morning on 10th Avenue in Alexandra, reports Alex News.

It is alleged their mothers went to a tavern and left the children in the care of a 14-year-old, who ran to look for help from neighbours and was the only one who survived the fire.

According to Alexandra Police Station spokesperson Stephen Malatjie, the mothers of the deceased children are sisters and have allegedly been leaving these children alone at home on more than one occasion.

“On Sunday morning, at around 5am, the Alexandra police were called to attend a scene of suspected arson. They found the body of a six-year-old child; the other three kids were severely burned and all later passed away in hospital. Only the 14-year-old who went to look for help survived the inferno.”

One mother who was found in a tavern by the police was charged with child negligence and taken into custody. The police are still looking for the other mother with regards to a similar case.