'We must strengthen and advance women's struggles at the workplace, in our communities, and in the broader political terrain,' she said 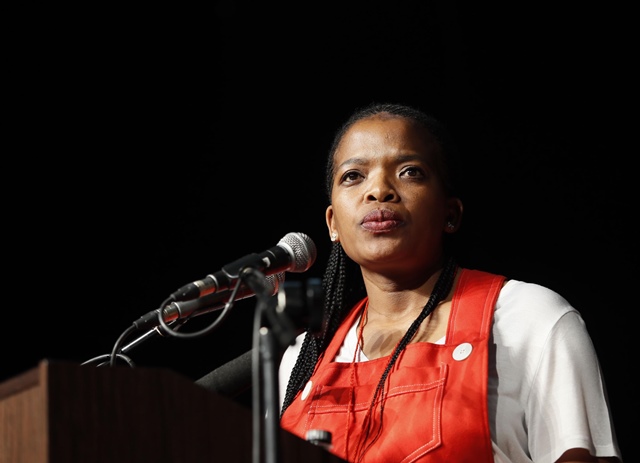 “Comrades, delegates, we have now come to the end of the resoundingly successful 13th national congress of our glorious and class-oriented trade union movement, the Congress of South African Trade Unions. On behalf of the newly-elected collective of national office bearers, I now make the closing remarks to bid farewell to all of you,” Losi addressed the conference.

“Comrades, I’m humbly standing in front of you, now even more confident and convinced that indeed this militant trade union movement of Elijah Barayi [first president of Cosatu] is once again rising. As the leadership, we are confident that this Cosatu emerging  from this 13th national congress, is on a steady but sure recovery trajectory. Definitely, it is ready to meet its workplace organisational, socioeconomic, political and international challenges that lie ahead.”

Losi, who previously served as Cosatu second deputy president, was this week elected unopposed to the position of president – making her the first woman leader.

She said her election was no coincidence and sent a message that women within Cosatu were ready to take the “responsibility at the sharpest end of the struggle for emancipation of all women in our society.”

“We are gearing ourselves, comrades, to occupy the front ranks and coalface as the organisers … of the broader working class women. That is the primary motive force of the women’s emancipation struggle. We must strengthen and advance women’s struggles at the workplace, in our communities, and in the broader political terrain,” she said.

Losi said while Cosatu was “bogged down by internal paralysis and instability”, employers were intensifying the exploitation of workers and destroying jobs.

She said the ruling alliance, bringing together Cosatu, the South African Communist Party and the African National Congress should commit to the goal of winning a two-third majority in the 2019 elections, to ensure land redistribution without compensation.