Broken lifts preventing disabled employees from accessing certain parts of the building, non-serviced fire extinguishers, exposed wires, and leaks are just some of the issues facing the building. Wires that hung and posed as hazardous. Photo: Reitumetse Mahope.

The building occupied by the department of rural development could be the next government office to fail the Tshwane metro safety audit in central Pretoria, reports Pretoria East Rekord.

Recently the metro shut down the Poyntons building used by the department of correctional service in the city centre after an audit declared it “unsafe” for occupation with lifts that were not working and defective hydrants.

Workers in the building were allowed back into their offices last week after some of the safety issues were attended to. 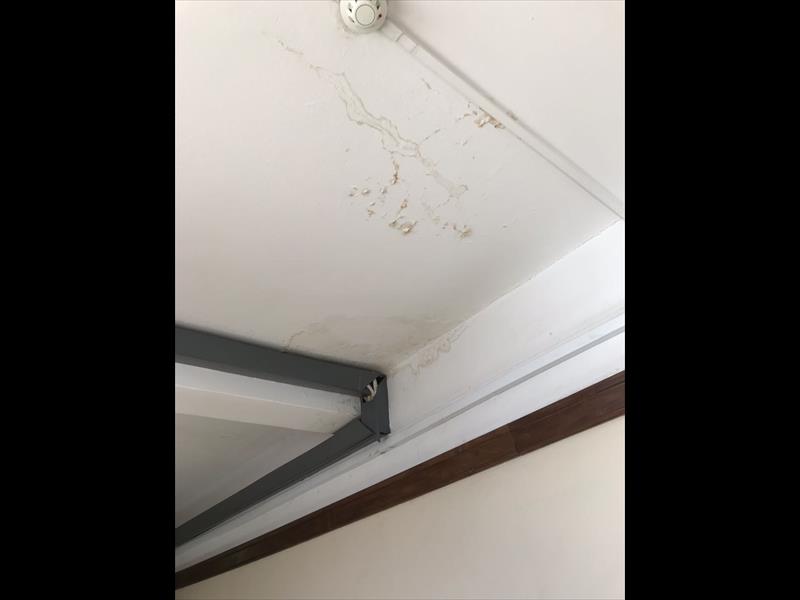 Earlier this month, mayor Solly Msimanga instructed the city manager to audit various buildings in the capital and report to him if they were safety complaint.

The public servant, who asked not to be named for fear of victimisation, said staff spent most of their days trapped in the hazardous building.

When Pretoria East Rekord visited the building, unsafe wiring could be seen, the basement was filled with waste material, there was mould in the corridors, the roof and walls were cracked, and water was running through lighting fixtures.

The staffer said the lifts were also problematic: “We have a few disabled colleagues and on days that lifts do not work, they have to access offices through other parts of the building which are further away or be helped up the stairs.”

He said the roof leaked and when it rained staff had to walk on wet floors.

He said basic emergency equipment such as fire extinguishers were not serviced regularly.

Mayoral spokesperson Sam Mgobozi said that process was underway to identify and rectify long-standing issues found at some of the buildings.

He said there was also a plan to find new office spaces for other departments.