The man and his ex-wife cannot be named to protect the identities of their children. 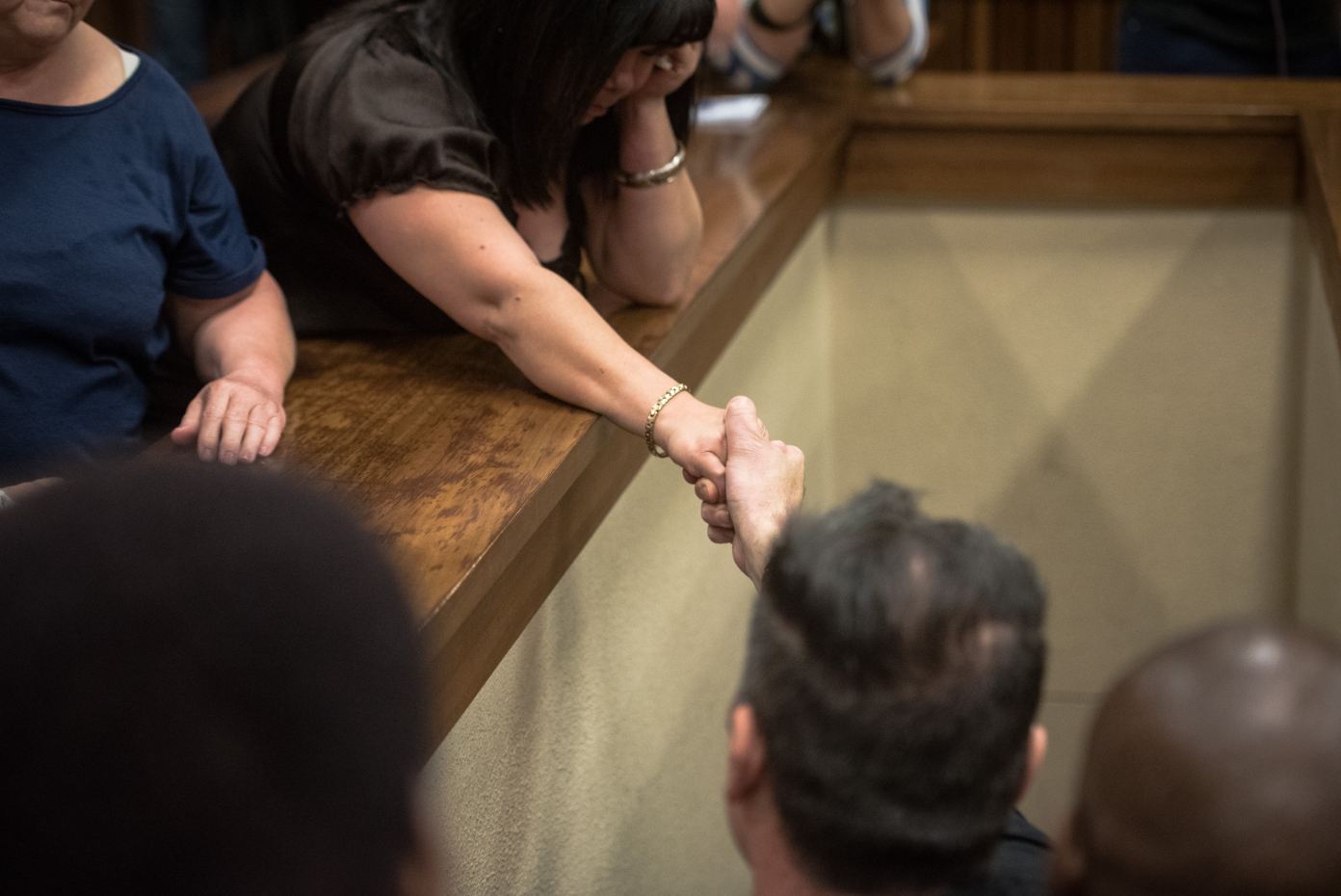 The man dubbed the “Springs monster” is seen holding a woman's hand as he escorted down to the cells in the North Gauteng High Court he appeared for his sentencing for the abuse of his five children and his wife, which included the rape of his eldest daughter, he has been sentenced to a total of 35 years in jail, 3 October 2018, Pretoria. Picture: Jacques Nelles

The National Prosecuting Authority (NPA) on Wednesday welcomed the effective 35-year prison sentence imposed on the so-called Springs Monster, who was found guilty of abusing his five children, the rape of his eldest daughter, drug possession, and obstruction of justice.

The NPAs Gauteng spokesperson Phindi Louw-Mjonondwane told journalists at the High Court in Pretoria on Wednesday: “As the NPA we are satisfied with the sentence imposed to both the accused [the father and mother from the so-called Springs House of Horrors]. Accused one [the father] received an effective imprisonment term of 35 years and we believe it’s a sentence that sends a strong message to parents out there who neglect their children.”

The man and his ex-wife cannot be named to protect the identities of their children.

The woman was handed a five-year suspended sentence.

The couple’s five children were rescued in 2014 when they were aged between three and 16.  Police raided the family’s double-storey house in Springs after neighbours contacted them.

The NPA thanked the neighbours who alerted police after the couple’s then 11-year-old son ran to them for help after his father severely beat him.