The DA says it is concerned that the nationwide backlog in the capturing of data could reach crisis levels by the end of this month. 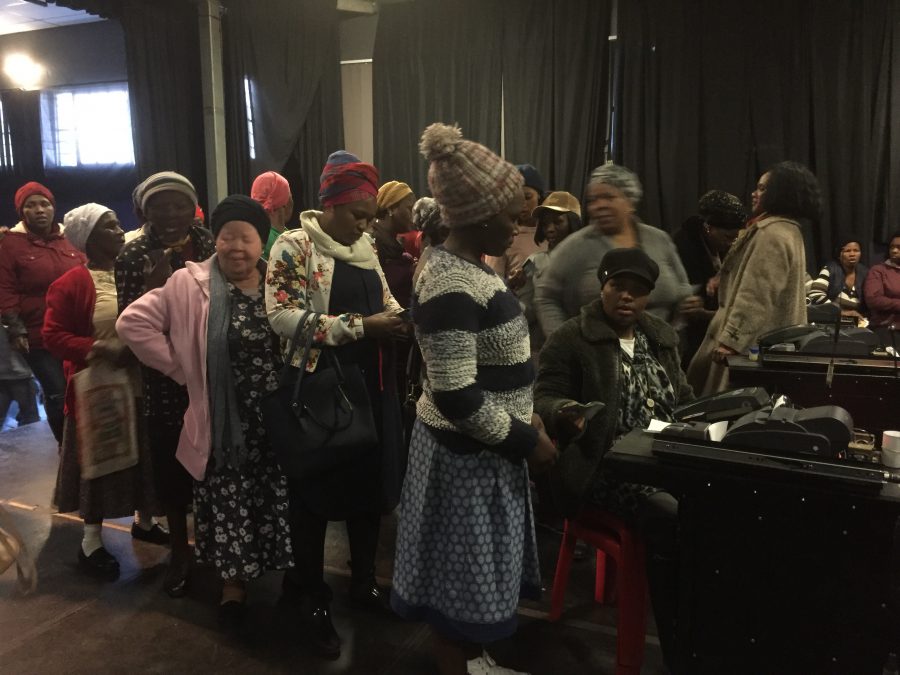 Pensioners queue at Zolani Centre in Nyanga, Cape Town, 4 July 2018, where they still could not draw their Sassa pensions. Picture: ANA

People in Lenasia have not been able to make new applications for social grants for at least a month due to a faulty biometric system, according to an elderly man who did not want to be named and has been turned away several times after trying to apply for an old-age pension grant.

The 64-year-old man said he had been trying to apply since March, but each time a different reason was given why he could not apply.

When The Citizen visited the local South African Social Security Agency (Sassa) office in Lenasia yesterday and asked if it was open for new applications, the workers told us the biometric system was not working.

The Citizen was given a telephone number to call on October 15, where one could ostensibly check whether the system, which scans fingerprints during the application process, was working again.

Meanwhile, the Democratic Alliance (DA) said it had received complaints about a similar problem at the Sassa office in Roodepoort, where residents were turned away because the biometric system was not working.

The DA said it was concerned that the nationwide backlog in the capturing of data could reach crisis levels by the end of this month.

“This is a direct consequence of Bathabile Dlamini’s legacy at the department of social development,” it said. “Social grants are the only source of income for many South Africans and the difference between having food and going hungry.

“Sassa must explain its failure to assist beneficiaries and give them their grants, and the DA will ensure we get answers.”

This comes as the agency sent a statement yesterday warning beneficiaries of bogus Sassa cash vans exploiting people in rural areas. It said it was inundated with calls from beneficiaries visiting their villages about unmarked cash vans claiming to be sent by Sassa.

“These imposters allegedly ask beneficiaries to swipe their cards as many as three times in some cases in an effort to maximize bank charges,” it said.

The agency said its cash payments done through the SA Post Office (Sapo) would only start from Monday, October 8, and called for beneficiaries to ignore anybody posing as Sassa officials offering to pay them before then.