Katlego Monareng's death resulted in unrest at the university which had to close for almost two months as angry students demanded an arrest. 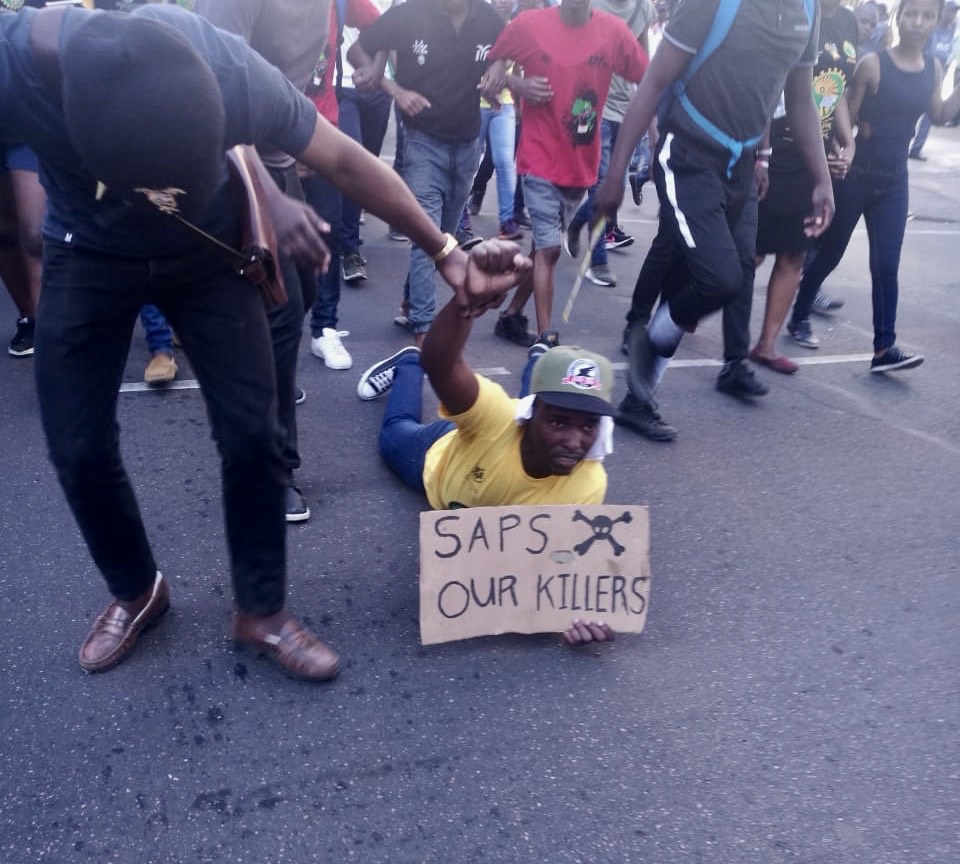 A crowd of TUT students took to the streets of Pretoria, 29 August 2018, to demand justice for Katlego Andries Monareng who was was fatally shot at campus, allegedly by police. Picture: ANA

A police captain and a constable are expected in the dock at the Soshanguve Magistrate’s Court today for allegedly using R-5 rifles during a student protest in which Tshwane University of Technology student Katlego Monareng was killed.

The arrest yesterday came after weeks of investigation into the use of live ammunition by police when violence and protests broke out during the student representative council elections at the Soshanguve campus in August.

Monareng, a third-level paralegal student, died on his way to hospital after police opened fire on the students.

His death resulted in unrest at the university which had to shut its doors for close to two months as angry students demanded an arrest.

Police initially denied firing at the students, instead claiming to have fired shots into the ground.

“After our investigation, which we expect to be concluded by October 31, the suspects will appear on charges of murder,” said Ipid spokesperson Moses Dlamini.