The toddler fell into a borehole pit at Joppie village outside Tzaneen on Saturday. The surface of a borehole pit that the toddler fell into on Saturday. Photos: Limpopo police

The body of an 18-month-old toddler who fell into a borehole pit in the Joppe Village in the Letsitele policing area outside Tzaneen was finally retrieved in the early hours of Monday morning, police spokesperson Constable Maphure Manamela confirmed to Polokwane Review.

The toddler, who was identified as Mighty Baloyi, fell into the pit on Saturday afternoon. 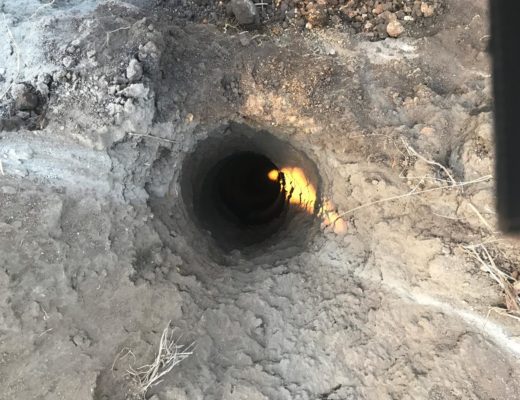 Manamela says the police’s search and rescue team, emergency services and the community spent the last two days working around the clock to retrieve the body, and that police are now investigating a case of inquest. “Parents are urged to look after their children, especially the young ones, as they constantly need supervision,” she concluded.