Population growth and inadequate spatial planning are among reasons for the growing tensions relating to communal land. 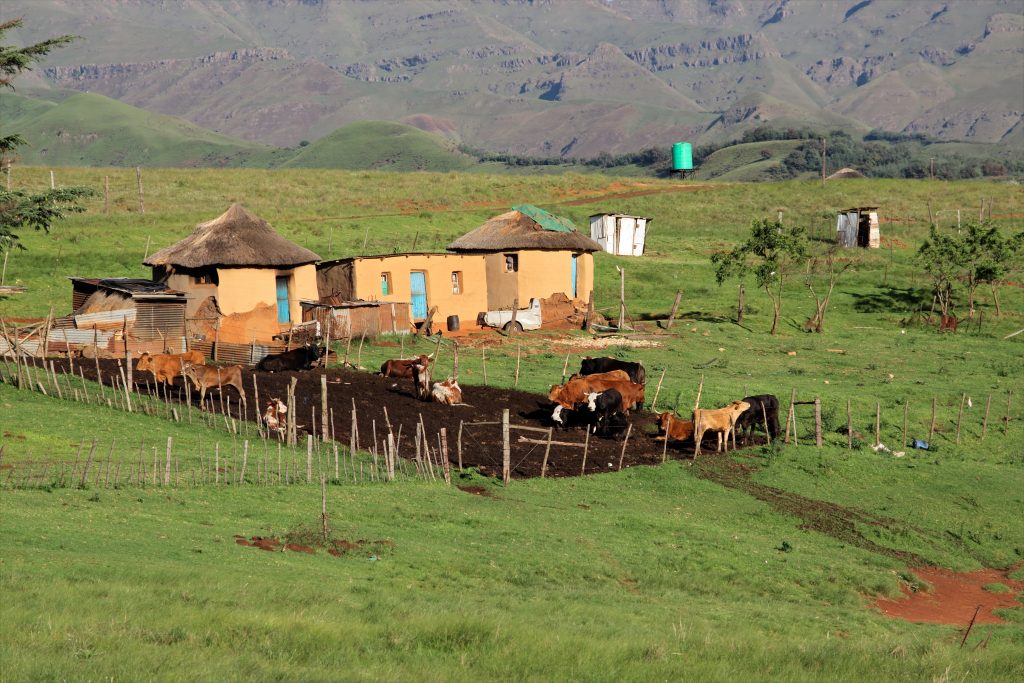 There is a broad consensus that agricultural development is key to unlocking the economic possibilities of the communal areas in South Africa. The National Development Plan confirms as much. The dominant view amongst development economists is that if the government would extend tradable titles to residents in the communal areas of former homelands these would enable occupiers to mortgage their land to obtain finance, with investments and economic prosperity following.

But the reality is not that simple for a number of reasons. Given the intractability of this perspective, it is worth stating what should be obvious: there are complexities related to history and how these societies have organised their governance systems and social order. The tendency to view them through the urban lens verges on ethnocentrism, which is the practice of projecting one’s social and cultural experience on other people. In this article, we will discuss these complexities briefly.

The fault lines in communal areas are characterised by tensions between three main assets:

The first is related to population growth, especially young people who are in need of space to build their own living spaces, despite growing urbanisation. Land in communal areas is a security of shelter for those who come from those areas. They tend to see the urban migration as transient and retain close links to kin and kith in the communal areas. They see their future tied to land, which has a spiritual value, as housing the souls of their ancestors, in the communal areas. By seeking their own space – inxiwa — they are guaranteeing themselves a retirement home and a sense of belonging. Furthermore, land in the communal areas has cultural value, and this is particularly the case for first-born males who see it as their responsibility to carry their family legacy.

Secondly, lack of clear systems and structures for allocating grazing and cultivated fields becomes a source of conflict between those who are oriented towards farming and those who simply view the land as a basis of shelter. Whilst technically forming part of local municipalities and spatial planning legislation, spatial planning and land use management is governed largely by customary law in many communal areas. Confusion regarding the responsibility of municipalities and the chiefs –iNkosi — as far as land use management is concerned creates further potential for conflict.

Thirdly, where there are no restrictions on livestock ownership, naturally there will be over-grazing given the land’s limited carrying capacity. Chiefs are often not adequately equipped to mediate these tensions in ways that promote the collective good: technical planning of human settlement, demarcation of plantation fields, and creating space for viable grazing land for livestock.

Of late there is growing interest in the precise role that communal areas can play in the agricultural development and job creation in view of the fact that there are vast tracts of under-utilised but arable land. Most of South Africa’s last remaining under-utilised water is also located in communal areas, with long-term plans to build dams and irrigation schemes in the Umzimvubu catchment area on the table. Some have placed the blame for low agricultural productivity in the communal areas solely on the absence of title deeds, but this may be an oversimplification.

In our view, this is a narrow perspective as it fails to understand the differentiated nature of communal land systems. Those who favour title deeds assume simplistically that if title deeds were to be extended to formal homelands, the land market would become liquid. It is hardly the case that individuals who own homesteads are in search of title deeds since they are secured by virtue of allocation by the traditional authorities. It is inconceivable that a chief would kick out of the homestead members of a household because they are said not to be rightful owners by virtue of not having the title deeds.

There are, however, gender-related challenges that are gradually dissipating in other areas, where women would not be allowed to have a homestead ‘registered’ against their name upon the passing of the parents, and their brothers would be preferred. These are separate questions that will require a different article.

The spiritual value of homesteads cannot be underestimated. Many households in communal areas use their allocated land as burial sites, typically on their gardens which are roughly one hectare or so. This is changing gradually in newly-allocated areas – amanxiwa — since increasingly the land allocated has a smaller size, roughly half-a-hectare, than the original homesteads. Farming in the allocated area is typically of a subsistence nature as households needed those homesteads in the first place for settlement and to be able to grow produce on a small scale to feed themselves.

Granting title deeds over homesteads has been held up by some development economists as a panacea for economic development. This as we have argued is way too simplistic. The ability to offer real security can assist an entrepreneur to access finance, but it is not without risks to both the occupier as well as the financial institution. Finance comes with responsibility and the failure to repay the loan could, as a matter of last resort, result in the community member losing his traditional home and physical link to the community. This is the narrative that many traditional leaders are peddling to push back against views that titles could be extended in communal areas in a blanket manner.

From a financier’s point of view, there remains the risk that this sale in execution will not be socially acceptable to the community, especially if it is sold to a person who is not part of the community.

Collateral value is not solely based on title deeds but rather on the confidence that there will be a market if the asset must be sold as a last resort. If the sale of communal land to an outsider is not socially acceptable to the community, one may be left with title deeds that have little collateral value in the conventional sense. South Africa desperately needs innovative financing mechanisms rooted in custom and accepted by financiers. Finally, with title deeds come the obligation to pay municipal property rates. On the one hand, this will place a financial obligation on occupiers, many of which suffer multi-dimensional poverty.

However, there are vast tracts that are allocated to farming activities in what is referred to as – amasimi na’madlelo (plantation and grazing fields). It is here that potentially emerging commercial farmers could thrive. These are areas where real agriculture revolution could take off given the soil fertility and the land sizes. The practice in these areas is such that there is an aggregation of the various allocated lots. These are visible when one drives all the way from Corhana, near Mthatha, along the R61 to Port St Johns and Lusikisiki, and up to Bizana. Granted many of the farmland lies fallow for a number of reasons we will explore in our next article.

It makes sense to talk about title deeds for cropping and grazing land rather than on a blanket basis to encapsulate homesteads. There is a need for nuance and differentiated approach towards introducing market mechanisms in communal areas. This should aim to protect the social value of the homestead, while liberating the animal spirits of the market in the plantation and grazing fields that are located far from the homesteads. The concept of ‘use-it or lose-it’ is often applied to cropping and grazing land in many customary systems but not to homesteads. As such, the risks associated to using land as collateral may be better vested in grazing and cropping land versus homesteads.

When we talk about title deeds in a general sense it gives ‘iNkosi’ (chiefs) a platform to create a bogeyman: if homesteads have title deeds and credit markets are unleashed, people could lose their homes to banks, and a new class of beggars would mushroom in these areas. A more nuanced approach which better accords with known custom may be to grant title over the fields and grazing veld, and perhaps have a different tenure arrangement for homestead – maybe then attitudes could change.

Wandile Sihlobo is an agricultural economist at Agbiz, Mzukisi Qobo is a political economist at the University of Johannesburg and Theo Boshoff heads legal research at Agbiz.