The comic could have everyone on radio fooled with his perfect Zulu impersonation of former president Jacob Zuma. 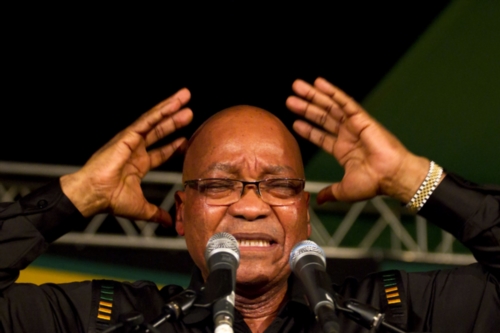 A video of a man impersonating former president Jacob Zuma in a radio interview has surfaced.

The video shows a man, assumed to be a comedian, showing off his skills mimicking ‘Msholozi’ as part of a #Msholozichallenge.

Fielding a series of questions, the man bobs and weaves around a question most South African’s would love to have an answer to, which is when he intends to pay back the money he used for his security upgrades in Nkandla.

This comes after the radio host mentions that some of the callers are very interested to know when the former statesman intends on paying back some of the money.

The man gives a Zuma-like chuckle and says he told former public protector Thuli Madonsela that he built Nkandla with his own sweat and not the state funds.

“It’s not the state’s money, but money acquired for my children,” he says, and will not accept responsibility or be charged for everyone saying: “Nkandla, Nkandla.”

The man continues to add that he has heard reports on “his” links to the Gupta family.

“We know there have been rumours surrounding the Guptas, I don’t want to discuss it because I will dive into other topics.”

The comic appears to be in the loop on current affairs surrounding Zuma as listeners could be easily fooled into thinking Duduzane’s real father was on radio.

The former president has recently been blamed by President Cyril Ramaphosa for the troubles the county is facing.

In East London on Sunday, part of the Thuma Mina campaign, Ramaphosa said: “We are fixing things and even those who were stealing money are on their heels, because we want our money back so that we can use it for service delivery. We want to fix things, because we want to create jobs, because our people are not working.”

The president’s words were welcomed by hundreds of ANC supporters at the Winter Rose stadium in Mdantsane.