Residents in the area say the once beautiful school was never opened because of political interference by two ANC factions. 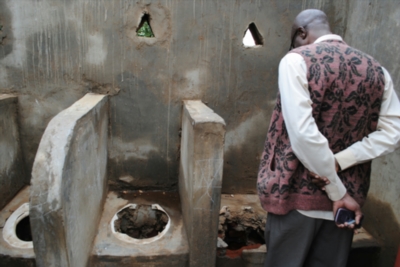 A Limpopo multimillion-rand white elephant school is slowly being stolen by the community as political parties bicker over it.

The Lebaka B Primary School in Mohlabaneng village near Mokwakwaila in the Greater Letaba Local Municipality was built in 2012-2013. It cost R35 million, excluding R4 million for top-of-the-range furniture which was either stolen or left in the rain.

Now, five years later, the once beautiful school is used by sex workers as a brothel and criminals as a drug den.

During a visit to the school recently, The Citizen saw used and unused condoms and piles of dirty blankets in some of the classrooms.

School furniture was apparently stolen by community members, as were pavement bricks at the school entrance and outside the assembly hall.

Education MEC Ishmael Kgetjepe indicated recently that his department would, in the 2018-2019 financial year, spend R115 million on water and sanitation in 79 schools across the province.

A resident in the area, Steven Sefofa, said the school was not opened because of political interference between two ANC factions.

“We hope that for the sake of the future of our children, the two leaders will try and force government to make sure the school opens by January next year,” he said.

The Democratic Alliance in Limpopo also fired a salvo at the department, saying the ANC-led government was more concerned with how much they loot than the needs of their electorates.

Economic Freedom Fighters’ leader in Tzaneen Sanco Matome Madia said R35 million was a lot of money that could have changed the lives of the people in Bolobedu.

“The money could have built more than 200 RDP houses. Instead, it has gone down the drain because of greed and political infighting,” he said.

The office of Limpopo education MEC Ishmael Kgetjepe downplayed the matter, saying the school would open next year.

“It was not opened because of a payment dispute with the service provider. But that has been addressed and the school will open in January,” said the department.