Tattoos in Japan have been linked with criminality since the Edo Period and are now associated with members of Yakuza crime syndicates. 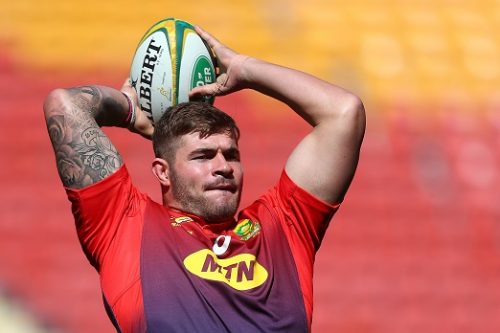 World Rugby has advised players to cover-up tattoos during next year’s World Cup in Japan, but many advocates for the body art hope the arrival of the inked athletes sparks a debate in a country with a complicated relationship with tattoos.

Tattoos form a traditional part of Polynesian culture, with numerous players of South Pacific backgrounds, like New Zealand’s Sonny Bill Williams, heading to Japan next year with highly visible tributes to their heritage on their bodies.

Tattoos in Japan, however, have been linked with criminality since the Edo Period and are now associated with members of Yakuza crime syndicates.

As such, foreign visitors with tattoos can often find themselves banned from gyms and traditional bathhouses, known as sento.

A landmark decision on Wednesday in Osaka, where a court overturned an earlier decision that tattoo artist Taiki Masuda had performed unlicensed medical procedures and been operating without a medical licence could indicate attitudes might be ready for change.

“Tattoos have decorative and artistic meanings and cannot be categorised as a medical practice,” ruled judge Masaki Nishida.

Despite the ruling, many tattoo artists in Japan, whose livelihood is often belittled as something unsavoury, or worse, illegal, refused to talk to Reuters because of the community’s fear and distrust.

One Tokyo-based artist, Yugo, wanted to speak out as that was the only way it was going to bring about change and he hopes the Rugby World Cup can help further the debate in Japan.

“It will be a good opportunity for the foreigners to know how strict Japan is when it comes to tattoos,” said Yugo, who said people come from across the world to be inked at his studio.

“I think foreigners will be shocked.

“I think it is a positive thing [that rugby players with tattoos are coming to Japan].

“Not necessarily all those [with tattoos] are Yakuza and I think [Japanese people] need to be aware of that.” For many former gangsters, having tattoos can mean being associated with crime long after they have left the Yakuza.

Shindo, who has tattoos across his arms and chest, said they were vital for inclusion into the Yakuza community.

“Getting tattoos for Yakuza is like a baptism for Christians,” he said. “It is to show Yakuza’s determination to prove that they are not going back to the society where they used to be.

“It’s the way of showing their decision to live in the Yakuza community.”

Shindo and other members of his church are not ashamed of their tattoos and do not plan on removing them, although he is still exasperated that having them can make it hard to reintegrate into society.

“Former Yakuza or people with criminal records need jobs to get back into society,” said Shindo, who allows former prisoners to live at his church for five months as they look for a job.

“It is not acceptable these people are not offered job opportunity just because they have tattoos.

“You see waitresses with tattoos at restaurants in other countries, but you barely see such a thing in Japan.”

The most common place foreigners may run into difficulties is at one of Japan’s traditional bathhouses, as many do not allow customers to enter if they are sporting a tattoo.

“There are spas and sento which do not allow people with tattoos because it is difficult to know their meaning; whether they are for fashion, antisocial signs, or religious purposes,” said bathhouse owner Kazuyuki Shigihara. “We still have a kind of bias toward Yakuza people, but we do allow them as well.”

Shigihara is one of a slowly changing group of sento owners who allow people with tattoos to come into their bathhouses.

He is hopeful the Rugby World Cup can bring tourists into bathhouses and has produced a set of English posters with a rugby theme to encourage visitors.

World Rugby, however, has already said they would prefer it if players with tattoos respected the prevailing culture when they gather for the September 20 to November 2 tournament next year and teams are already abiding by the request.

“The first day we were here we all had to go to the gym and cover up,” All Blacks centre Williams said during his side’s recent test matches in Japan.

“So there were a few long sleeve tights and calf sleeves going around but I think that will just be the go.

“We have got to respect the values that the Japanese people have. It is just how it is.” – Reuters