The ruling put paid to plans for an open-cast titanium mine along a 22km-long strip of land on the unspoiled Wild Coast ancestral land. 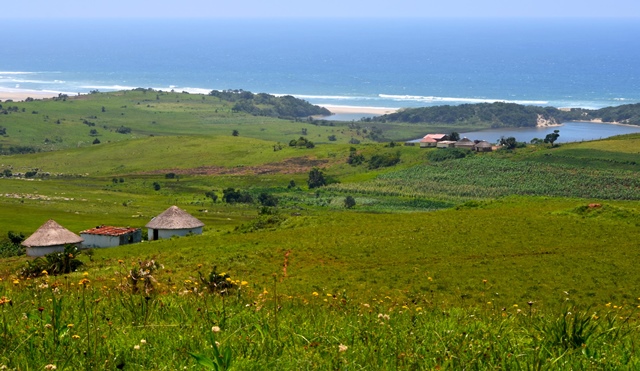 Members of the Eastern Cape’s Xolobeni community yesterday cheered after a historic ruling in the North Gauteng High Court in Pretoria gave them the right to say no to mining activities on their ancestral land.

Judge Annali Basson ruled that the mineral resources minister is obliged to obtain the full and informed consent of the Umgungundlovu community before granting any mining right to Australian company Transworld Energy and Mineral Resources (TEM), which plans an open-cast titanium mine along a 22km long strip along the unspoiled wild coast ancestral land.

The Judge ruled that the Mineral Petroleum Resources Development Act (MPRDA) and the Interim Protection of Informal Land Act (IPILRA) must be read together and that the mineral resources minister (presently Gwede Mantashe) lacked any lawful authority to grant a mining right unless the Informal Rights to Land Act had been complied with.

“In keeping with the purpose of IPILRA to protect the informal rights of customary communities that were previously not protected by the law, the applicants in this matter therefore has the right to decide what happens with their land.

“As such they may not be deprived of their land without their consent.

“Where the land is held on a communal basis – as in this matter – the community must be placed in a position to consider the proposed depravation and be allowed to take a communal decision in terms of their custom and community on whether they consent or not to a proposal to dispose of their rights to their land,” she said.

The ruling struck a blow for all customary communities in South Africa facing the complete destruction of their cultural way of life by mining activities without them having any say in the granting of mining rights.

The community’s attorneys Richard Spoor and Johan Lorenzen welcomed the ruling as important for all who lived in communal communities.

“After many years of tireless struggle and heavy sacrifices, the Xolobeni Community’s right to say ‘No’ is affirmed by the court,” they said.

The Mineral Resources Department said in a statement it was studying the judgment and would pronounce itself on the matter in due course.

Judge Basson said the community and their ancestors have lived on the land according to their customs and traditions dating back to the 1800s and their fears that the disastrous social, economic and ecological consequences of mining would overwhelm their way of life, drive them from their homes and ruin their way of life were not unfounded.

“I am satisfied that … the nature of the mining operations contemplated on the applicants’ land … will interfere substantially with their agricultural activities and general way of life.

“The MPRDA … entitles the holder of the mining right to engage in invasive activities on the lands including but not limited to using the water on the property. The applicants tell this court that their means to provide for themselves and others in the community will be severely affected by the mining activities or in the words of the … Constitutional Court … ‘thus strip someone of their source of livelihood, and you strip them of their dignity too’,” she said,