A tracker installed in the smartboards led police to the doorstep of the suspect. 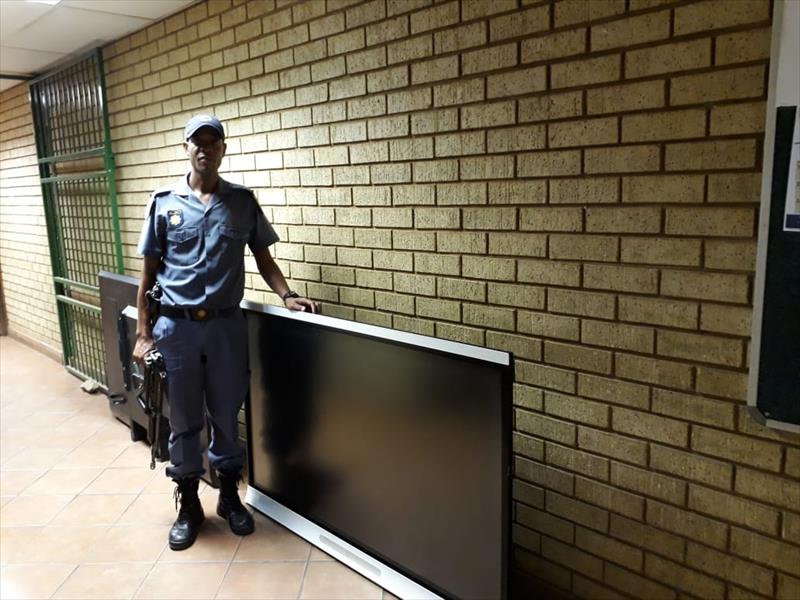 Mamelodi East police have arrested a man in connection with a business burglary at a secondary school, reports Pretoria East Rekord.

“The suspect was arrested after the police followed the tracker that was installed in the smartboards.”

The police recovered two stolen smartboards in the house, but could not determine the value of them.

Mbewe said the police believed more suspects could be arrested.

He pleaded with the communities around the school to always be vigilant and work together with the police to protect schools.

“The tablets are not for the school only but for the community.”

The arrested suspect will soon appear in the Mamelodi magistrate’s court on charges of business burglary.

The public was also advised to report any suspicious person or crime to the police on 08600-10-111.