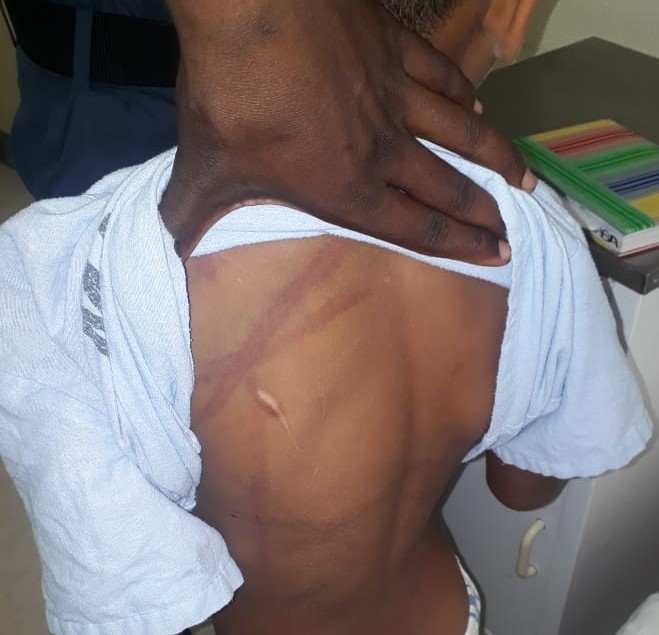 Police were shocked at the multitude of bruises a mother left on her son after a severe beating on Sunday.

A woman was arrested on Sunday afternoon after community members reported that she was severely assaulting her seven-year-old son, reports Corridor Gazette.

He was covered in bruises and beaten so badly that officers took him to a hospital for treatment. The case was turned over to the Family Violence, Child Protection, and Sexual Offences Unit.

It is not yet known what sparked the assault.

ALSO READ: To spank or not is the question Concourt must answer

The woman appeared in the Nkomazi Magistrate’s Court on Wednesday on a charge of child abuse and, according to Const Nomsa Luphoko of Tonga SAPS, was released. The exact details and conditions of the release are not yet known.

On Tuesday afternoon, the child was still being treated in hospital and will be taken into the care of social workers once he is released.

KaMhlushwa station commander Capt Mzwandile Nyambi expressed his concern over the incident. He stated that officials from Social Crime Prevention were running several programmes to deal with issues such as domestic violence and child abuse.

He urged the community to seek help if they encountered challenges in raising their children and to continue reporting incidents of domestic violence to the police.

This assault occurred on the first day of the annual 16 Days of Activism for no violence against women and children. Police and government run the campaign every year and host several events aimed at advocacy and assisting victims. Although the issue is in the spotlight between November 25 and December 10 each year, community members are urged to actively report abuse and other crimes against women and children.