Numsa called the strike, but say they are not to blame for the resulting carnage. WARNING: An image of the deceased security guard at the end of this article may be disturbing to some.

A security guard, Lesley Lekgalake Mphahlele, died on Tuesday after succumbing to his injuries, sustained after he was doused with petrol and set alight by violent protesters.

The Plastics Converters Association (PCASA) blamed the National Union of Metalworkers of South Africa (Numsa) for the violence that had resulted from a strike the union called for. The union, meanwhile, said they could not be held responsible.

According to Johan Pieterse, PCASA’s CEO, the organisation brought an application to the labour court on October 17 in an attempt to have the strike declared unprotected. On October 19, the court ruled in favour of Numsa, declaring it a protected strike. 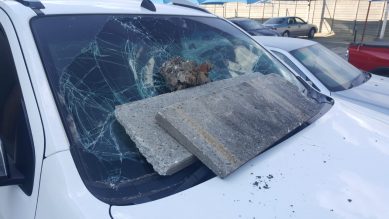 However, Pieterse said that on the same date, PCASA obtained an interdict preventing strikers from damaging property and intimidating employees. He said that on November 2, Numsa’s Irvin Jim and Vusumzi Mahbo were found to be in contempt of court for violating this interdict and the individuals were fined R100,000 each – Numsa being fined a million rand.

Pieterse said on November 30, a group of 150 protesters, “many wearing Numsa regalia”, attacked a plastics factory on the East Rand.

This was when security guard Mphahele was reportedly “doused in petrol as he was going for panic button inside his security office”. He was then set alight with the doors closed so that he could not escape. 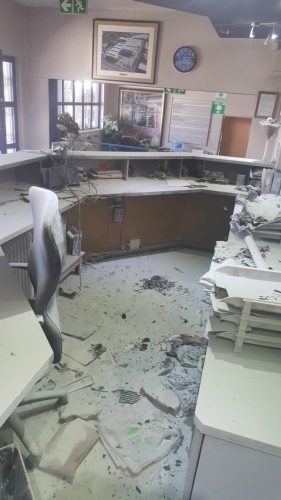 The entire office was destroyed, according to Pieterse. Mphahele’s death has been confirmed by Kyle Condon of D&K Management Consultants.

A case has reportedly been opened at the Kempton Park Police Station, with a case number provided by a member of the PCASA.

PCASA also shared the name of the constable working on the case, who had not responded to calls for comment at the time of publication.

According to both Pieterse and Condon, this is just one of many violent incidences since the start of the strike.

The managing director of Makulu Plastics and Packaging, Eric Botha, was reportedly forced to have his finger amputated after being assaulted during a protest. Michelle Botha, COO of Makulu Plastics as well as Eric’s wife, said: “On 30 October, a mob of people approached our company’s property and tried to pull the gate open but the wall next to the gate gave way and they pushed [it] over.

“Two cars were petrol bombed as well as two delivery vehicles. All cars parked were smashed with bricks.”

“They proceeded to run after [the] managing director, my husband. A mob set on him, he was trying to lock the factory down so they couldn’t get in, he turned his back to run and they hit him with a brick which brought him to the floor and then attacked him. The assaulted him with hard blows using bricks, sticks and an angle iron. “The result was head wounds and bruises from the beating. He also shielded his face with [a] hand, leading to his little finger having to be amputated.”

Pieterse feels Numsa should be held responsible for all the violence.

“We believe the strike is allowed but that is to withhold labour, not for violence. If the constitution can protect a strike it should also protect against the violence that results from a strike. In South Africa, we have come to accept that a strike without violence is not a strike anymore,” said Pieterse. “The issue they are striking over for eight weeks was settled [two weeks] ago by the CCMA. [Numsa’s] members have accepted the offer long ago and called for the strike to be called off.”

Numsa spokesperson Phakamile Hlubi-Majola denied this: “The strike has not been resolved. We met with members of the plastics industry on Monday and they tried to impose the very conditions our members have been rejecting.” She said the union couldn’t take responsibility for the violence.

“First and foremost, we deny and refute very strongly the allegations from the PCASA. They accuse us in the media but don’t provide evidence. Wearing a Numsa t-shirt does not mean guilt on our part. We cannot take responsibility for things that have not been proven to be true.” According to Hlubi-Majola, this was not just Numsa’s strike, other unions were involved, and since it was a legal strike, all workers, whether unionised or not, could participate.

“They still have to prove that Numsa are in fact behind the violence. They say it’s Numsa members on the basis of t-shirts,” she said.

“Obviously we are a trade union and have a duty to abide to law and communicate to our members that they must stick to the bounds of the law. There are picketing rules which they must adhere to. As far as we’re concerned, we’re doing everything humanly possible to make sure our members operate peacefully.

“If an individual makes a decision to commit a crime we can’t be held responsible. Only if we directly call on members to wreak havoc.”

8 week long plastic industry strike has claimed a life of a security guard who was burnt by striking workers who @PCASA alleges were @Numsa_Media members who set alight Heber plastic in Boksburg on 30/11. Over 100 people are said to have been injured as a result of the strike pic.twitter.com/ZFpixtm7KF