Thys Kriel's family are extremely worried after he was allegedly abducted by four unknown men, especially because he needs to take medication for epilepsy on a regular basis. 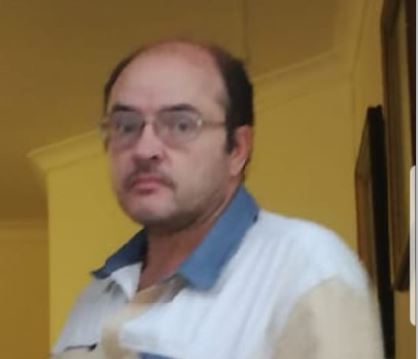 Polokwane resident Thys Kriel, who was reported missing on Wednesday, was allegedly kidnapped by four unknown men, according to police.

After Polokwane Review asked the police for comment regarding Kriel’s disappearance, police spokesperson Motlafela Majapelo confirmed the police were investigating a case of kidnapping after he was last seen at midday on Wednesday.

The reports state that he is currently with a family member, where he will also visit a doctor to check up on his epilepsy condition.

Review spoke to Kriel’s wife who confirmed that he had been found, however, official police confirmation is still pending.

According to Kriel’s family, he had called his wife and told her he was going to Savannah Mall to buy drinks. When his wife later called, she was unable to get hold of him.

According to Mojapelo, Kriel called his wife on Wednesday evening and told her that he came across four unknown men who assisted him in changing a tyre. They then allegedly forced him inside the boot of his vehicle and drove away with him to an unknown location, where he was forced to walk barefooted on a gravel road.

He was then allegedly locked inside a house, and while they were still talking, the phone call was cut.

His family added that they are very worried, as he needs to take medication for epilepsy on a regular basis.

Mojapelo told Polokwane Review that Kriel has still not been found, but that the search continues.

Should you have any information regarding Kriel’s whereabouts, please phone 0833722497 / 0836232001 or contact Daleen van Aswegen on the Polokwane Crime Watch Facebook page.