Gift of the Givers founder looks back on 27 years

'The least you can do is help somebody else,' Dr Imtiaz Sooliman says of the remarkable achievements the organisation has chalked up. 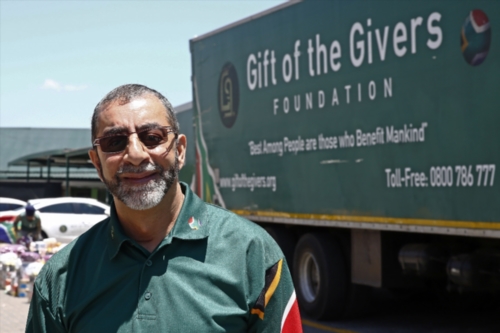 It started as a simple instruction from a spiritual leader and has grown into a global humanitarian organisation that has contributed R2.8 billion in aid to 43 countries.

This includes disaster intervention, the establishment of search-and-rescue, aquatic and medical teams, and 20 other categories of projects.

Gift of the Givers founder Dr Imtiaz Sooliman on Tuesday looked back on 27 years of humanitarian aid since founding the organisation on August 6, 1992.

“It started in Istanbul in Turkey on August 6, 1992. It was a Thursday night at around 22:00,” Sooliman recalls clearly.

Sooliman was told this instruction was for the rest of his life and that whatever he did, was through him and not by him.

“Initially I didn’t take it that seriously because I was a doctor in private practice. I didn’t know what he meant by giving me this instruction for the rest of my life.

“But he told me, ‘In everything that you do, you will know’. And believe me, 27 years later I know everything that has to be done. Whatever is placed in front of me, I don’t know how I know, but I know what to do, when to do it and how to do it,” Sooliman told News24.

Sooliman then took the instruction to heart and soon found himself involved in assisting in the Bosnian War between 1992 and 1995.

“That was our first project,” he recalls. “And 85% of what I know now, I learnt in that period. It was very complicated. We built the world’s first containerised mobile hospital. It was designed in South Africa and was a product of South African engineering that we took to Europe.

“Everything that had to be done, from Reserve Bank clearance, customs, shipping, immigration, going to a war zone, negotiating, dealing with threats and dangers – I was confronted by all those things. I learnt most of what I know about disaster intervention during that period.”

Since then, Gift of the Givers has grown to supply aid to millions of people worldwide, something that the Sufi master told Sooliman would happen.

“He said it would grow and grow. He said I would only understand it much later on. And it’s true.

“In the beginning there weren’t that many projects – just some small disasters here and there. Eventually the losses got bigger, inside and outside South Africa, and slowly we started getting involved with different projects.”

These include, among many other interventions, a counselling service, feeding schemes, a bursary project, a school toilet project, providing aid following numerous natural disasters worldwide, as well as hostage negotiation and drought intervention.

Sooliman rattles off the numerous projects and intervention like a machine gun – too many to list, but enough to comprehend the sheer scope of the work done by Gift of the Givers.

He says the mobile hospital project in Bosnia is probably the biggest highlight of his time with Gift of the Givers.

He also recalls how the organisation found a 64-year-old survivor in the rubble following the earthquake in Haiti in 2010.

“We pulled her out, alive, eight days after the quake. It was the first time a team from Africa had taken someone out of disaster rubble alive outside the African continent.

“And then, of course, getting Yolande Korkie out alive within five days of us meeting al-Qaeda.”

Korkie and her husband were kidnapped by al-Qaeda militants in Taiz, Yemen, in May 2013.

She was released eight months later and returned to South Africa, as the Gift of the Givers continued to negotiate for her husband’s release.

However, Pierre and US photographer Luke Somers were killed during an attempt by the US Special Forces to free them from their al-Qaeda captors on December 6, 2014.

“We also got Stephen McGowan and Johan Gustafsson out [in 2017],” Sooliman recalls.

McGowan had been abducted in Timbuktu in northern Mali in November 2011, along with Gustafsson and Dutchman Sjaak Rijke, by a group of armed men while on the terrace of their hotel.

Sooliman says the past 27 years has brought him “great joy”.

“It has given me spiritual satisfaction, fulfilment, contentment and joy because you see the difference in the lives of people.

“At the same time, it’s something so ordinary and simple. But because people don’t have the means, they run out of hope, they don’t know what to do… Sometimes such a small thing can make such a big difference in people’s lives.

“We’ve touched the lives of millions of people in 43 countries. That is a remarkable achievement for a country such as South Africa. It shows the quality of support and the ubuntu spirit of our people – to help inside and to help outside.

Sooliman said he was grateful to everybody who has contributed in some way, from government to corporates to the media to ordinary South Africans.

“The support has just been phenomenal. Also, special thanks must go to our teams who take great risks, and their families who allow us to do this – without that, we would not achieve what we have achieved.” 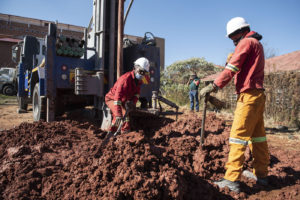 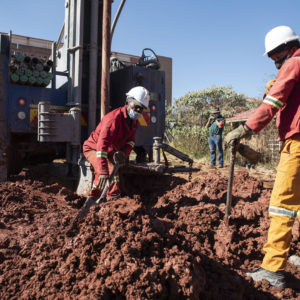 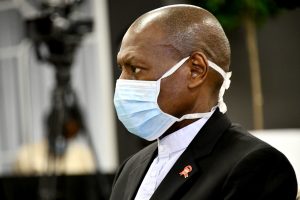