The Inkatha Freedom Party (IFP) is of the view that government financial bailouts of state-owned enterprises drain the country’s fiscus, monies which could be redirected “to fund programmes that would create job opportunities” in South Africa, the party’s newly elected president, Velenkosini Hlabisa told The Citizen.

Government should concentrate on and channel more resources towards small, medium and micro enterprises (SMMEs), as these can play a significant role in the creation of job opportunities, Hlabisa said.

“The government must engage foreign investors to come and invest in our country,” Hlabisa said.

He added that foreign investors would not be keen on investing in South Africa if the country is not stable and is not clear on certain policies such as “the land issue”.

“The issue of expropriation without compensation gives uncertainty to foreign investors, because our government is not clear as to how is it going to manage this matter, because people will not want to come anymore to invest in an area that might be taken with no compensation the following month,” Hlabisa said.

The IFP believes in the expropriation of land with compensation, and the party is of the view that the Constitution need not be amended as it allows the government to expropriate land without compensation.

He added that the call for land expropriation without compensation is a “political statement”, and that the land issue should not be used for scoring political points.

Huge tracts of land lying fallow are owned by individuals who are based abroad, and the government should conduct an audit of the country’s land to determine who are the owners of such land and whether they are making use of it.

“If the owner is living abroad and is not doing any business on the land in South Africa, that land must be expropriated without compensation and be given to our people,” Hlabisa said.

Furthermore, the IFP suggests that skills sharing initiatives and educational programmes should be set up for the beneficiaries of expropriated land, which would equip them with the necessary skills and knowledge to make profitable use of that land.

“If you give people land having not prepared them, having not trained them, you will give them land and two years down the line they will sell the land … because they want to live.

“If a person is unemployed … and does not have any income, a piece of land has no meaning to him … an unemployed and poor person will easily release the land which is not helping our people,” Hlabisa said.

He said with handling the land issue the country should do what would be sustainable and to the benefit of the economy and that the IFP “supports a constructive land policy rather than a destructive policy of expropriation without compensation”. 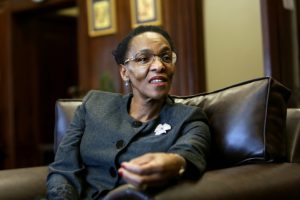 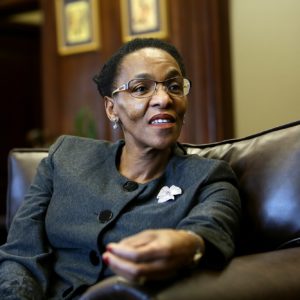 The new dawn has failed drastically, says EFF on unemployment crisis
2 days ago
2 days ago

The new dawn has failed drastically, says EFF on unemployment crisis
2 days ago
2 days ago