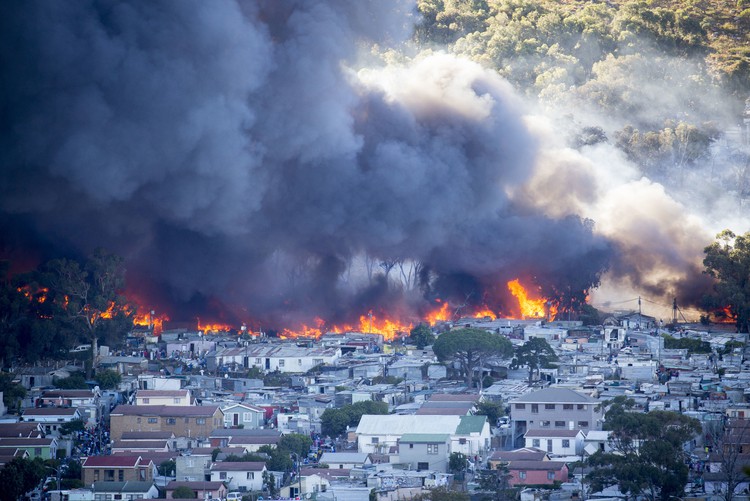 Three people have died in a shack fire in Masiphumelele, Cape Town.

The three were burnt beyond recognition.

This brings the total of people who have died in Cape Town shack fire since the weekend to seven.

City of Cape Town fire and emergency spokesperson Jermaine Carelse said they had received a call about a shack on fire in Houmoed Street, Masiphumelele, early on Monday morning.

“Four firefighting appliances, a rescue vehicle and 19 staff members managed to contain and extinguish the fire just before 06:00. Whilst clearing the debris, three bodies were found burnt beyond recognition,” said Carelse.

He continued that four other people had also been burnt to death in separate incidents over the weekend at the Siqalo informal settlement, in Philippi, and Khayelitsha.

“At Siqalo, two adult males were also killed when their shack caught fire. In Phillipi, a male person was also burnt to death and in Khayelitsha another adult man also died while a woman who was with him sustained burn wounds and was taken to hospital,” said Carelse.

According to the Stats SA Mortality and Cause of death report, smoke, fires and flames accounted for 6.8% (2 328) of deaths due to external causes of accidental injury in 2016.