The residents are currently being housed in temporary accommodation, including in a community hall. 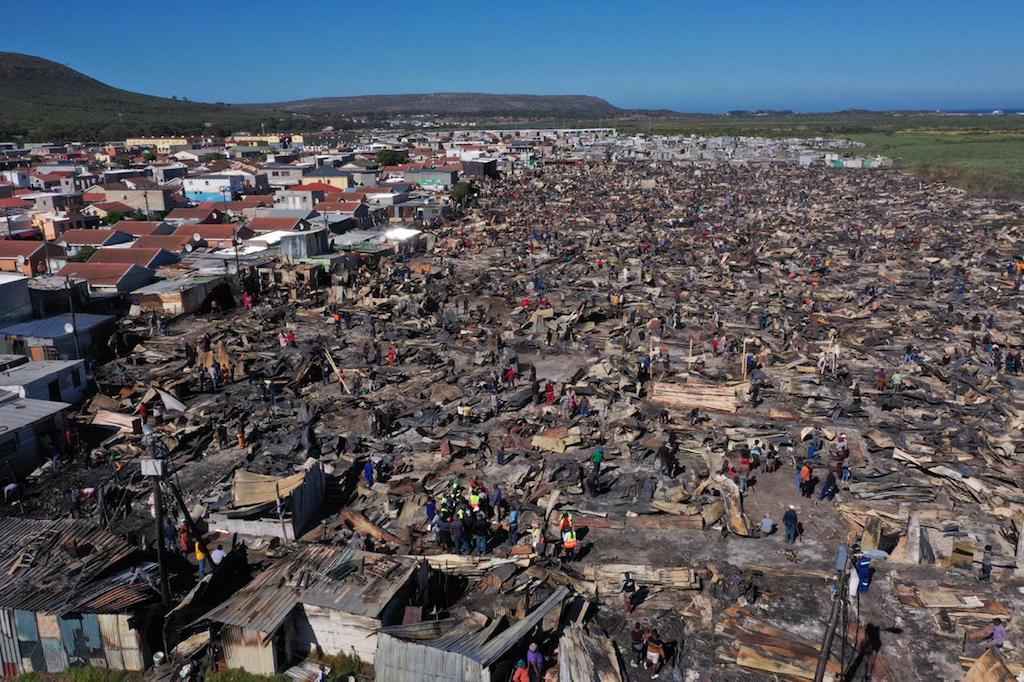 An aerial shot of Masiphumelele after the fire. Picture: Bruce Sutherland/City of Cape Town

Minister of Human Settlements, Water and Sanitation, Lindiwe Sisulu, has announced that permanent structures will be built for Masiphumelele victims in Capet Town after a fire that saw over 1000 homes destroyed.

The fire broke out last Thursday, which left more than 5000 people displaced and was said to require R18 million in relief funding.

Fires have destroyed the Masiphumelele settlement several times since 2006, with the latest fire being allegedly caused by an illegal land occupation.

Sisulu’s announcement comes after a meeting with stakeholders, including the Western Cape provincial government, the City of Cape Town as well as non-governmental organisations.

The stakeholders also tabled their proposals for a solution to prevent more fire disasters in the area.

According to the department’s spokesperson Steve Motale, Sisulu and provincial government had committed financial resources towards the project.

“The latest solution is aimed at preventing similar destructions from occurring again,” he said in a statement.

Motale revealed that the residents were currently being housed in temporary accommodation, including in a community hall.

“Minister Sisulu has had discussions with her counterpart from the Social Development Department, to ensure that affected community members receive assistance until the permanent solution is realised.

“Land parcels have also been identified to build permanent houses for the deserving and qualifying South Africans, including the recent fire victims,” he said further.

Meanwhile, Sisulu raised concern about the occupation of the wetlands where the fire occurred.

“We need to protect and preserve our wetlands, it is our responsibility as a collective. We have taken a decision to cordon off the wetland at Masiphumelele. We are a water-scarce country and we have to protect our wetlands,” she said.