The 19-year-old pregnant woman was being transported to hospital to deliver when a taxi collided with an ambulance. 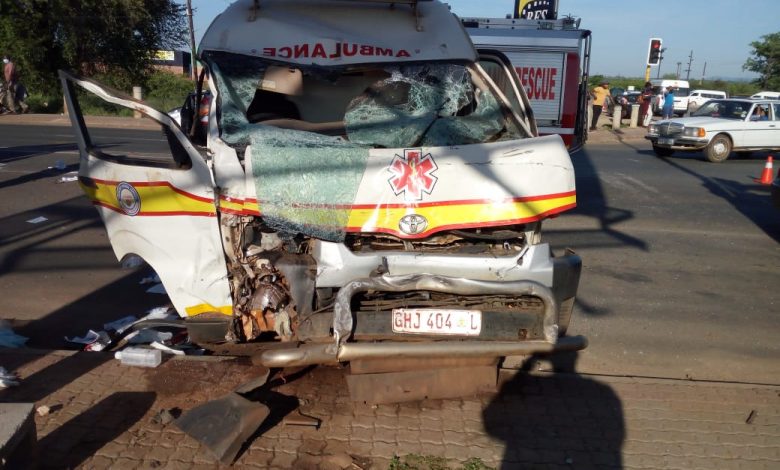 A crash between a minibus taxi and an ambulance has claimed three lives and four people were critically injured on Wednesday morning.

According to Department of Transport and Community Safety’s media liaison officer, Mike Maringa, the incident occurred on the R81 and Siyandhani Cross road.

“It is alleged that a speeding minibus failed to stop at the traffic lights and collided with an ambulance,” said Maringa.

He said the driver of a minibus taxi, one of his passengers and one person from the ambulance were certified dead on the scene.

“Three occupants from the ambulance and another passenger from the taxi are critically injured. Reckless and negligent driving is cited as a possible cause of the accident,” he said.

Limpopo health MEC Dr Phophi Ramathuba is saddened by the death of a pregnant woman.

“I am truly saddened at the deaths of innocent people. I am also angry because there are allegations of reckless driving that has caused us these lives and an asset which we need so desperately during these difficult times of Covid-19. Our people need to be responsible because we are living in extraordinary and difficult time,” said MEC.

Ramathuba’s spokesperson Thilivhali Muavha said in a statement that the 19-year-old pregnant woman was being transported to hospital to deliver when a taxi collided with an ambulance.

He said preliminary reports indicate that the taxi failed to stop at the traffic lights and collided with an ambulance.