“Today, we have reached a grim milestone as we breach the 20 000 mark for new cases identified in 24 hours. 21 832 cases have been identified since the last report, bringing the total cumulative Covid-19 cases in South Africa to 1 149 591,” Health Minister Zweli Mkhize said on Wednesday evening. Shepherd Bushiri in the Pretoria Magistrate’s Court during a bail application on 2 November 2020. Picture: Jacques Nelles

The formal extradition hearing for wanted self-proclaimed prophet Shepherd Bushiri and his wife Mary, is set for March 2021 before a magistrate’s court in Lilongwe, Malawi.

“The Lilongwe Magistrate’s Court today ordered that the formal hearing of the extradition for the Bushiris start on 8 March this year.

“The court has issued a warrant of arrest for the two fugitives. And it states that they should be summoned to court in March,” Malawi Ministry of Justice spokesperson, Pirirani Masanjala, said in a brief statement on Wednesday.

This comes after the wanted couple appeared before court on Wednesday for an application by prosecutors for a warrant of arrest. Private hospital group Netcare has moved to assure South Africans of its capacity to deal with the surging Covid-19 infection numbers.

According to a statement issued by the group, it has seen “a heartening decrease in hospitalisations in the Eastern Cape” for four weeks in a row.

“It is expected that through the month of January the region will recover to the levels of Covid-19 last seen before the second wave,” they said.

“Similarly, Netcare hospitals in the Western Cape have also started to reflect a plateau in the number of patient admissions.”

The group has commissioned a temporary assessment area that can accommodate up to 80 patients.

Recently, the Life Healthcare group said it has also resorted to temporary patient screening areas as it was also taking strain during the second wave of the pandemic.

A protected strike is SABC staff’s ‘only defence’ as layoffs loom, says Bemawu Following the 2020 retrenchment saga at the South African Broadcasting Corporation (SABC), consultations with the employees and their representatives have come to a halt.

In an interview with eNCA, Hannes du Buisson said SABC employees only had a protected strike as their defence since the SABC refused to give them an extension on the consultation process.

“We were quite sad to receive a letter a few days ago where the SABC basically said ’employees do not have any right in terms of the extended consultation process’.

“We wrote a letter to the board to ask for a seven-day extension to consult with the SABC employees as this process happened in the Christmas and New Year period and a lot of them were on leave,” said Du Buisson. Eastern Cape Premier Oscar Mabuyane has described Mluleki George as a “dynamic community and political activist” who was driven to help people access opportunities to “transform their lives”.

In a statement on Wednesday, Mabuyane said: “We send our heartfelt condolences to his family, friends, relatives, colleagues, members of his political party, the Congress of the People, his colleagues in the sport clubs he was involved in, his former colleagues in the national government, Parliament and the members of his church, the Methodist Church of Southern Africa.”

The former deputy defence minister who was one of the founders of the United Democratic Front, died at the age of 72.

Ndlozi dragged for calling on SA to open the borders Economic Freedom Fighters (EFF) member of parliament (MP), Mbuyiseni Ndlozi has been highly criticised by South Africans on social media after calling on the South African government to open the Beitbridge border post.

Ndlozi’s call came after videos from the border circulated on social media of people trying to get into South Africa before Zimbabwe’s hard lockdown came into effect on Tuesday.

Zimbabwean President, Emmerson Mnangagwa announced this week that the country was entering a second lockdown to stop the spread of Covid-19.

“Please, for the sake of your family and loved ones, avoid large gatherings and non-essential travel. This is the final push – let’s defeat this virus for good,” Mnangagwa said despite large crowds allegedly having gathered at the border.

The hashtag #CloseBeitbridgeBorder has been trending on social media with people calling on government to close the border until it has dealt with the rising cases and deaths.

However, Ndlozi says closing the border would be inhumane. Public distrust, poor communication, and looting of funds meant for Covid-19 could haunt the ANC in the coming local government elections, political analysts have warned.

“If the previous local elections, during which there was no coronavirus pandemic are anything to go by, the ANC is more likely to lose further ground, especially in the metros and municipalities it did not do well in previously,” Political analyst Tinyiko Maluleke said.

According to Maluleke and Sthembile Mbete, from the University of Pretoria, government’s initial response in March was properly communicated.

“Initially it seemed that the government was making a science-led and carefully considered intervention, especially [with] the lockdowns. More importantly, the government had the trust of society then,” Maluleke said. 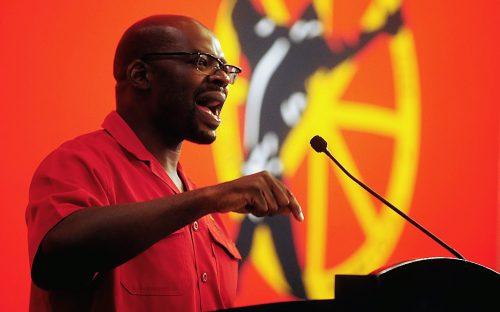 The South African Communist Party (SACP) deputy secretary Solly Mapaila told the media that the vaccine rollout and acquisition would be discussed at the meeting.

“We want [the] vaccine to be available for the people and [for the] public good. We want this vaccine to be rolled out and we should use all effort in South Africa to acquire the vaccine,” he said, adding that South Africa needed to interface with countries that had already developed the vaccine, such as trading partners China, Russia and Cuba.

The SACP said Ramaphosa must “show leadership” on the rollout of the vaccine and prioritise coordination through his office to combat possible corruption and competition.

‘No chance’ of contact classes for universities in 2021 first quarter 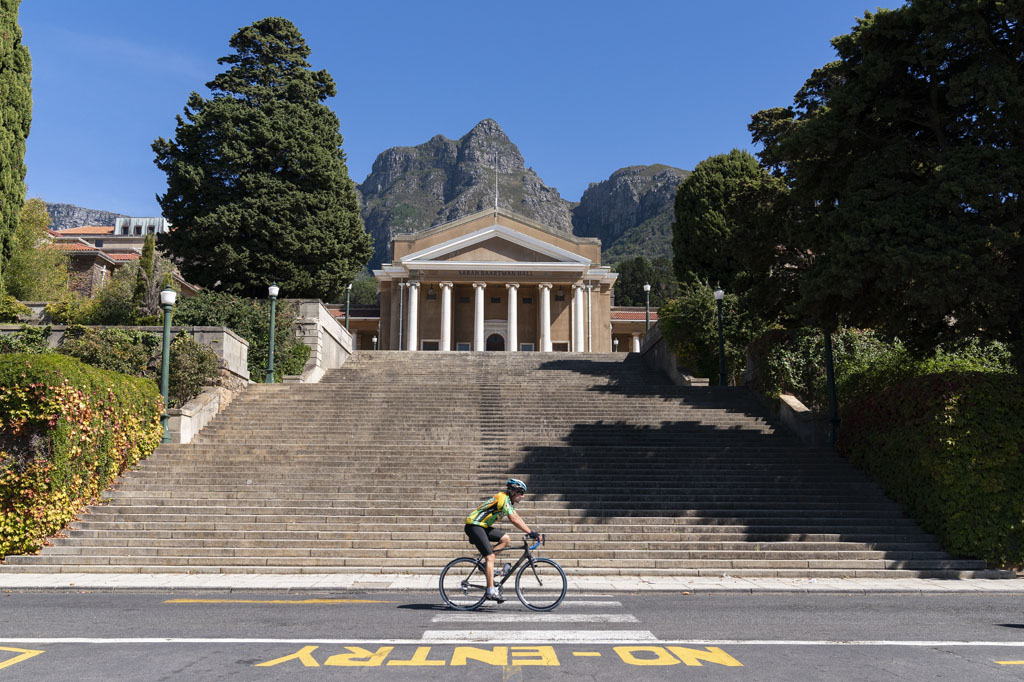 There’s no chance of a return to face-to-face classes at least in the first quarter or first semester.

Bawa added that the biggest task for institutions for higher learning this year would be to ensure support for new first-year students.

As a result of the Covid-19 pandemic, universities are grappling with how to accommodate students for the 2021 academic year. Last year, teaching and learning had to be done online – and it seems that might be the case again for 2021.

Bawa said institutions must then ensure that first-year students, especially from rural schools, had all the necessary support. Over a year after whispers of a reality show featuring most of the Zuma family, Jacob Zuma’s estranged wife, Nonkanyiso Conco has branched out on her own. Well, sort of.

Conco (or LaConco as she is affectionately known by fans) will be joining five other women to make up the cast of The Real Housewives of Durban.

The news was announced on Monday with the release of a television ad and an official statement from 1Magic.

“After bringing you two successful seasons in Johannesburg, The Real Housewives franchise will now have the extravagant lives, high fashion and successful business empires of eThekwini’s queens on display when the popular reality show, The Real Housewives of Durban, hits the small screens for its first season in January,” read part of the statement. Dan “Dance” Malesela did not mark his umpteenth return to the Chippa United hot seat with a win as he would have liked but he made sure that the Chilli Boys didn’t return to Eastern Cape empty-handed after they drew 2-2 to SuperSport United on Wednesday afternoon in a DStv Premiership clash.

The Chilli Boys drew first blood in the opening stanza through club veteran Andile Mbeyane, who benefited from a loose ball after SuperSport goalkeeper Ronwen Williams parried the initial attempt by Augustine Chidi towards the path of the alert Mbeynane who made no mistake tapping into an empty net.

In the second-half, Matsatsantsa began to play like the home side as they dominated the proceedings. Sipho Mbule was the catalyst and instigator of most of SuperSport’s surges forward. The SA team celebrate a wicket during the second Test against Sri Lanka. Picture: Gallo Images

These are some of the positives coach Mark Boucher can carry forward to the upcoming tour of Pakistan and then the home series against Australia.

The Proteas have a pair of veteran batsmen in Dean Elgar and Faf du Plessis that the rest of the batting line-up can bat around.

The gritty, tenacious qualities of Elgar at the top of the order have always been apparent, but the 33-year-old is now also leading from the front with a more positive, aggressive mindset. Good starts are crucial for a batting line-up to consistently produce the goods and Elgar’s reliability is undimmed.

Du Plessis has brushed aside any suggestions his Test days may be numbered through his sheer hunger to still be playing, to still improve and still be scoring big runs. To have him in the crucial No 4 position, looking as good as he ever has, is a massive boon for the Proteas. The final round Currie Cup match between Western Province and the Sharks, which was scheduled to kick off at  Newlands in Cape Town at 2.15pm on Saturday, has been cancelled in line with COVID-19 protocols.

The decision was taken on Wednesday following a number of positive COVID-19 tests in the Sharks camp.

As a result of the cancellation of the match, the encounter will be declared a draw and the teams will each receive two log points.