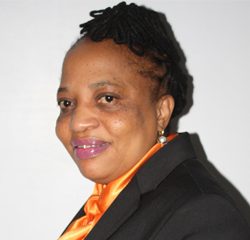 The South African Local Government Association (Salga) has announced the passing of a member of its national executive committee, chairperson of Salga Gauteng and executive mayor of Sedibeng District Municipality, Busisiwe Modisakeng.

SALGA has learnt with great sadness of the passing of a member of its NEC, chairperson of SALGA Gauteng and Executive Mayor of @SedibengDM Cllr Busisiwe Modisakeng.
Lala ngoxolo! pic.twitter.com/xzTrdMw7kq

In a statement, Gauteng MEC for cooperative governance, Lebogang Maile, said Modisakeng died on Friday morning after a short illness, at the age of 60.

“Her sudden demise robs the people of Gauteng and the Sedibeng in particular of a committed servant of the people, who did her utmost in pursuit of service delivery improvement,” said Maile.

Modisakeng served in the local government sphere for two decades and prior to her election as chairperson of Salga Gauteng in 2016, she served in the organisation’s provincial executive committee.

“Salga, the local government fraternity and the country has lost a great leader, a wealth of experience and an inspiration to all who have worked with her.

“Our heartfelt condolences to her family, friends, comrades and loved ones, lala ngoxolo [rest in peace],” said Salga.