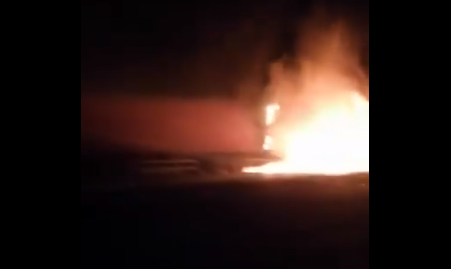 A KwaZulu-Natal truck driver narrowly escaped after his truck was attacked on the N2 freeway on Wednesday.

Video footage of the incident, which has been circulated widely on social media, shows the aftermath of the attack.

The vehicle is completely engulfed in flames.

“The truck caught fire and no injuries were sustained by the driver,” said Gwala.

A case of malicious damage to property has been opened.

“The circumstances surrounding the incident are being investigated,” he said.

No arrests have made at this stage.

In July last year, the two trucks were set alight on the N1 near Stellenbosch, Western Cape, with truck drivers calling on government, including the private sector, to prioritise local truck drivers over foreign nationals.

The truckers claimed government was deliberately sidelining them, leaving most locals unemployed at the expense of foreign nationals.