SA ‘quite prepared’ as first batch of vaccines lands

With government on Monday receiving South Africa’s first shipment of one million doses of the Oxford University-AstraZeneca vaccine from the Serum Institute of India, the department of health has assured the country of its storage, security and rollout preparedness. SA’s AstraZeneca vaccines are on their way. Photo: Twitter/@DIRCO

In terms of the first batch, with the second 500,000 doses arriving later this month, government has assured that health workers, who included nurses and doctors, would be the first in line.

Describing the Indian shipment as “a milestone, which highlighted the solid relations and deep friendship that exist between South Africa and India”, the department of international relations and co-operation said the delivery “further consolidated the cooperation between our two countries in the fight against the spread of the global pandemic”. A man walks past a closed Tops liquor store in Centurion after the reinstatement of level 3 lockdown regulations, 29 December 2020, Pretoria. Picture: Jacques Nelles

Lifting the prohibition on alcohol sales have been mooted in several government meetings this past week.

On Saturday at a meeting of Nedlac – which brings together government, business and labour – there was a discussion about the alcohol ban and that there needs to be a resolution on the matter, considering the financial impact of the ban.

Nedlac can’t make a decision on the matter.

There have been 4,525 new reported cases, the health department said.

Gauteng still leads the pack in terms of total provincial infections to date, which currently stand at 388,620, or 26.7% of the total.

The least amount of cases are still in the Northern Cape, with 31,010, just 2.2% of the country’s total infections.

That was the question on Sunday after suggestions on social media that former president Jacob Zuma is headed for Moscow for “medical treatment” in much the same way as he went to Cuba last year when the Commission of Inquiry into State Capture was eager to hear his testimony.

If he does go and is not back by 15 February – a date he has been summoned to appear before Judge Raymond Zondo – he could find himself in hot water, a legal expert said on Sunday.

The South African Federation of Trade Unions (Saftu) has called for power utility Eskom to be held accountable for decades of mismanaged funds and consequential economic inequality, they said in a scathing statement released on Sunday.

Saftu said the most recent blow to the country’s power supply, in addition to load shedding threatening to hit in winter and continue into September, is “the firm’s use of a pandemic-induced economic catastrophe as an excuse to increase tariffs more than three times the the current 3.1% inflation rate”.

GALLERY: The Bulls left it late, but they made it a domestic double 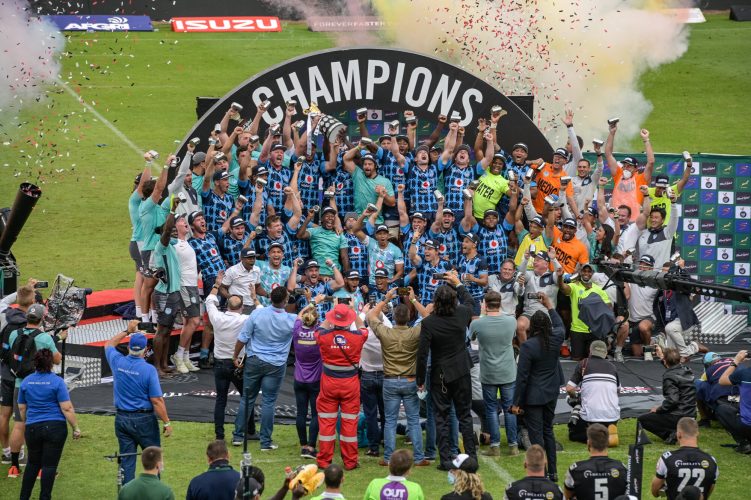 The Bulls have been crowned Currie Cup champions after beating the Sharks in the final in Pretoria on Saturday. Picture: Getty Images

The Bulls beat the Sharks 26-19 in the 2020 Currie Cup final after extra-time at Loftus Versfeld in Pretoria on Saturday.

The Sharks, whose only try came from wing Sbu Nkosi, led 19-9 at one stage. But, after the Bulls had scored 10 unanswered points in the latter stages of the second half, the game ended 19-all, and was forced into extra-time.

It was the Bulls’ second trophy win of the delayed South African domestic rugby season, after they previously also won the Super Rugby Unlocked trophy.

Those who were at the Loftus Versfeld Stadium could probably touch the sombre mood that overwhelmed the Mamelodi Sundowns and Chippa United DStv contest, which was Masandawana’s first match since the confirmation of the passing away of Motjeka Madisha.

The late Sundowns defender’s DNA results were received by his family about 50 days after he lost his life in a car accident on December 12 last year. The match was played in his honour and the Brazilians did justice for his memory, beating Chippa 2-0 to extend their lead at the summit of the standings.