Unit head advocate Andy Mothibi says one of their investigators in the Free State had to be placed under special protection. 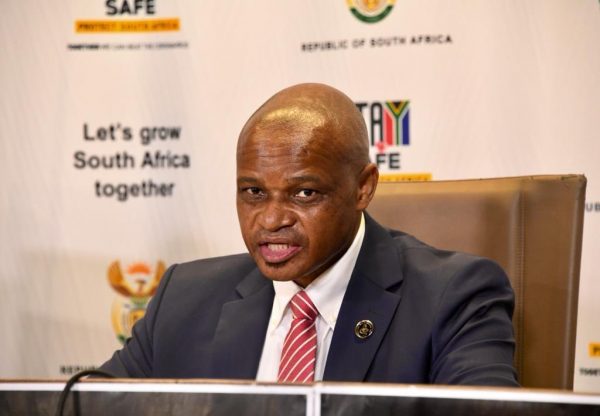 SIU head advocate Andy Mothibi briefed the media on Friday on 5 February 2021, on the unit’s finalised investigations into the procurement of PPE and other goods by state institutions. Picture: @RSASIU/Twitter

Head of the Special Investigating Unit (SIU), advocate Andy Mothibi, has revealed that the unit’s investigators have been intimidated and threatened during their investigations into the procurement of personal protective equipment (PPE) by state institutions.

Mothibi on Wednesday briefed Parliament’s standing committee on public accounts (Scopa), saying the intimidation of investigators was done in an attempt to block them from doing their work.

The SIU’s ongoing probe into the PPE scandals has zoomed in on 2556 contracts valued at more than R13.3 billion.

Last week, the unit announced that their probe found a complete breakdown of the checks and balances in the procurement of PPE. It also found that names of service providers were determined before any supply-chain processes commenced and, in some instances, sub-standard PPE was packaged under fake labels and passed off as quality.

“We have had to get the South African Police Service [Saps] involved who did a quick threat analysis. We act on such analyses and we have documented it and put measures in place,” he said.

ALSO READ: The net is closing in on corrupt officials, says Ramaphosa

“As the SIU we have to take steps to ensure that our members are protected. The member is now under protection, that is just one example.”

Mothibi also told MPs that the SIU also faced challenges regarding the destruction of evidence by some state institutions. He said the National Prosecuting Authority (NPA) had provided prosecutors to guide criminal investigations and would prioritise consideration to the matters referred.

“While the investigations are still underway and we continue to submit reports to the president, we continue to execute on the outcomes and follow up on the referrals to ensure that there is consequence management.

“We are focusing on ensuring that there is accountability at all levels of the administration including executive authority accountability. Our collaboration and cooperation with other agencies in the Fusion Centre has proved valuable,” Mothibi said.

Covid-19 treatments: What works, what might and what doesn't
1 hour ago
1 hour ago

Covid-19 treatments: What works, what might and what doesn't
1 hour ago
1 hour ago