Ipid probe conduct over water cannons use on Sassa beneficiaries 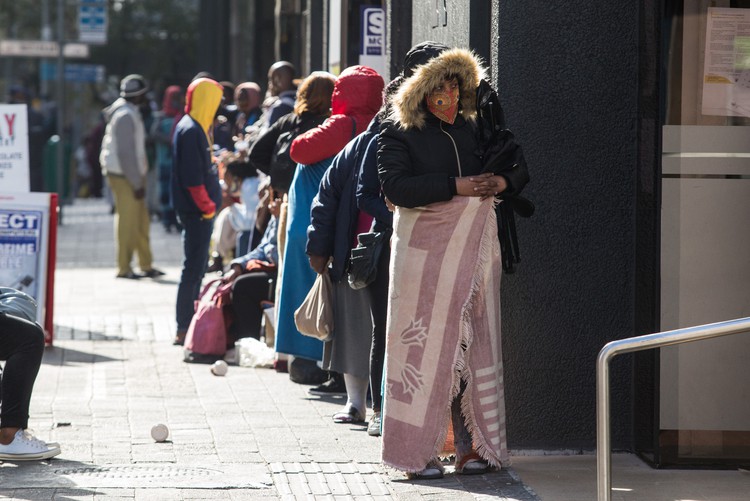 The Independent Police Investigative Directorate (Ipid) is investigating the conduct of the police officers who used a water cannon to disperse people queuing for Sassa grants in Bellville, Cape Town.

In January, police had been monitoring the queues which were allegedly caused by a decision not to renew the temporary disability grants (TDG), meaning that beneficiaries had to reapply, which also entailed a new medical assessment.

News24 reported that many had slept on the pavements as the Western Cape bore the brunt of the reapplication process, with 53,000 of the more than 200,000 applicants needing to reapply.

Community halls had also been closed because of Covid-19, which meant that people could not go to nearby satellite offices.

This resulted in long queues and a lack of physical distancing as mandated by Covid-19 protocols.

After Sassa CEO Totsie Memela and Social Development Minister Lindiwe Zulu visited the Bellville office, police, who had been helping by announcing names and giving appointment dates, opened fire with the water cannons after Sassa beneficiaries did not adhere to the requests to physically distance.

While the South African Human Rights Commission said they were looking into the matter and the Western Cape police instituting an internal investigation, Ipid also confirmed that they would be investigating the conduct of the Public Order Police unit involved in the incident.

In a statement on Wednesday, Fritz said he had written to Ipid requesting an investigation into the police’s POP unit deployment and conduct on 15 January.

Fritz asked that Ipid investigate: “Who requested the deployment of SAPS’ POPs unit. Which resources were mobilised. Why it was necessary to deploy the resources used, including a water cannon, at a ministerial oversight visit.

“It is essential that those responsible for these cruel actions against the most vulnerable in our society be identified and not be protected through redacted reports, such as the version I received from the acting Provincial Commissioner, General Manci, on 28 January 2021,” Fritz said.

“The response failed to answer the substantive elements of my enquiry.

“I have previously expressed my unconditional concern about the unacceptable behaviour of the police towards Sassa beneficiaries, and I am determined to use all my powers of oversight to get to the bottom of the circumstances that resulted in such a decision being made and implemented by SAPS.”

He said it was “further unclear to me why Sassa had not implemented the relevant measures to maintain social distancing and to prevent such long queues outside their Bellville office”.

He added that he was deeply concerned by the way in which police responded to the incident, and by how and whom the order was given to use the water cannons.

Fritz said: “These hostile actions undermined the dignity of the many vulnerable people who were standing in the line.”

The MEC said he had also written to Police Minister Bheki Cele to request the official report on what transpired, but had not received a response.

News24 previously reported that Cele said police had not reacted correctly when dealing with the Sassa beneficiaries.

“We twice went to the Western Cape to say police must explain, with management, to us why they would go to Bellville, to vulnerable, elderly, sick, young, disabled, hungry, desperate people and use the method that you use on people that are protesting,” Cele said on Friday.

“Those people were not protesting.”

Cele also noted there was “imbalanced behaviour” in how police dealt with different sets of people who had transgressed the Disaster Management Act regulations.