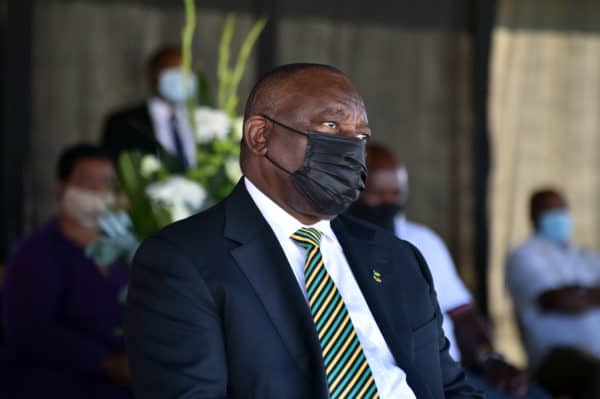 The Deputy Chief Justice and Commission of Inquiry into allegations of State Capture Justice Raymond Zondo has set a final date for President Cyril Ramaphosa’s appearance.

This was announced by the Commission on Monday in a statement.

It said that Ramphosa will appear before the commission on Wednesday and Thursday next week.

“The public is hereby notified that the Chairperson of the Commission has fixed 11 and 12 August 2021 as the dates when President Ramaphosa will appear before the Commission again to give evidence and be questioned on matters falling within the terms of reference of the Commission,” reads the statement.

The Johannesburg High Court on Monday confirmed the restraint order against the assets of corruption-accused former ANC MP, Vincent Smith, to the value of R46 Million.

According to the National Prosecuting Authority’s (NPA’s) Investigating Directorate (ID), the ruling confirmed the interim restraint order handed down earlier this year in February 2021.

The Judiciary has dismissed claims that Chief Justice Mogoeng Mogoeng is behind the audio clip predicting further violent civil unrest across the country.

This is after a voice note was circulated on social media, wherein a man could be heard calling for prayers due to the country possibly seeing more acts of violence in the future.

Defending champion Wayde van Niekerk bombed out in the 400m semifinals at the Tokyo Olympics on Monday, crossing the line well off the pace as he fell short in his attempt to retain his title.

Van Niekerk, who set the world record (43.03 seconds) to win gold at the 2016 Rio Games, had struggled to find his best form after making a comeback from a serious knee injury last year.

‘We will act on SIU report, even if I’m implicated’ – Lesufi on decontamination saga

Gauteng education MEC Panyaza Lesufi says action will be taken against anyone involved, even himself if implicated, in the R431 million school sanitation scandal, pending the finalisation of the investigation.

The Special Investigating Unit (SIU) is investigating the Gauteng department of education after well over R400 million was spent on school decontamination because of Covid-19, in just three months.

Case against 14 accused of VBS corruption postponed to October

The case against 14 suspects accused of corruption in connection with the collapse of VBS Mutual Bank on Monday was postponed to 12 October 2021.

The group appeared in the Pretoria High Court for pre-trial proceedings, but the case was adjourned after some of the accused changed their legal teams. They face more than 100 charges of theft, fraud, money laundering, corruption and racketeering.

November date for Chiefs and Pirates in Premiership Soweto derby

Orlando Pirates and Kaizer Chiefs will play their first DStv Premiership Soweto derby of the season on November 6, according to fixtures released yesterday by the Premier Soccer League.

The PSL finally released all their fixtures less than two weeks before the start of the 2021/22 campaign, which will begin on August 14 with the MTN8 quarterfinals.