The military's medical boss revealed in a letter that the former president suffered a ‘traumatic injury’ in November last year. 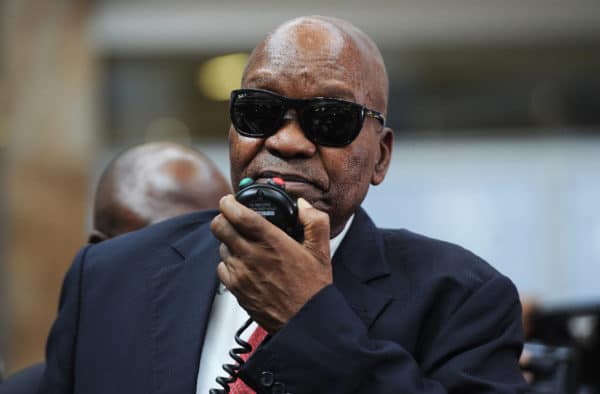 The Jacob G Zuma Foundation has threatened legal action over the handling of details of the former president’s health.

Zuma’s health status has been in the public eye after the former president was admitted to hospital last Friday for medical observation.

While the foundation previously said there was no need to panic just yet after Zuma’s hospitalisation, the military’s medical boss, Brigadier-General Dr Mcebisi Zukile Mdutywa, revealed in a letter that the former president suffered a “traumatic injury” in November last year.

Mdutywa, who leads the South African Military Health Service’s (SAMHS) presidential medical unit, then indicated that Zuma needed to undergo “an extensive emergency procedure” and that it would take six months to treat the 79 year old.

The foundation has since slammed the media and the National Prosecuting Authority (NPA) over the “callous and insensitive” handling of details of Zuma’s medical status, saying the documents were confidential and should not have been “freely and deliberately circulated at a mass level”.

It also indicated that it has instructed Zuma’s legal team “to take all the necessary legal steps to protect the grossly violated right” of the former president.

“This will include but not be limited to reporting the culprits to their institutions of accountability and/or initiating the appropriate civil or criminal proceedings. It cannot be that private and state agencies, in the pursuit of profit and hatred targeted at an individual, can be allowed to trample upon the most basic human rights of our patron in the manner witnessed today [Tuesday].

“The hospital letter which was so freely and deliberately circulated at a mass level, locally and internationally, is clearly and repeatedly marked as confidential. In any event, the rules of common decency dictate that such information be treated in a manner which observes the human dignity and privacy rights of any person or patient,” the foundation said in a statement.

The foundation also pointed out past incidents where the courts had questioned Zuma’s medical certificates, further arguing that delays in the former president’s arms deal trial were because of his “unlawful detention”.

However, the matter was postponed to September due to the former president being in hospital.

The Pietermaritzburg High Court was expected to hear Zuma’s special plea for the recusal of the NPA prosecutor, Billy Downer.

During Tuesday’s proceedings, Judge Piet Koen said a medical report as well as Zuma’s doctors testifying in court would be required when the case resumes on 9-10 September 2021.

Zuma has been serving his prison sentence at the Estcourt Correctional Centre in KwaZulu-Natal.

This came after the former president was slapped with a 15-month jail sentence when he was found guilty of contempt by the Constitutional Court (ConCourt) in June for failing to comply with the apex court’s ruling forcing him to appear before the Commission of Inquiry into Allegations of State Capture.